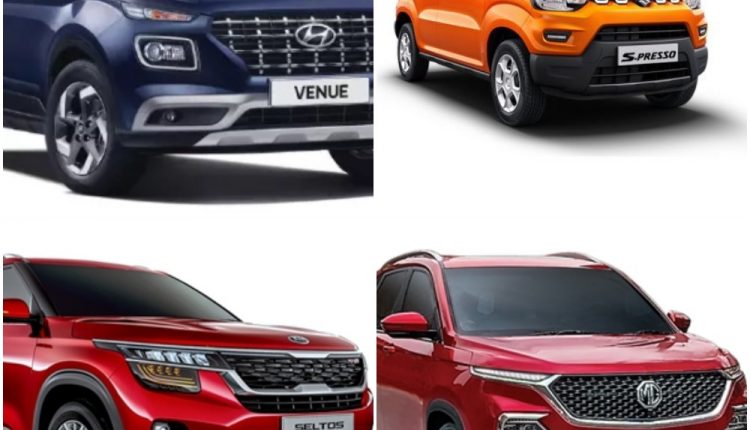 2019 has been a year of ups and downs for the auto industry. The year saw one of the biggest falls in volumes in a decade. Yet, there has been huge waiting lists for new entrants like Kia and MG Motors.

Kia’s entry in India has been a blockbuster success with the Seltos selling 40,849 units so far. The SUV has a 4 month wait list depending on the variant.

Loaded with features such as air-purifier and ventilated seats, and a well-designed exterior, Kia is definitely here to stay. Also adding to its advantage are the BS6 compliant engines.

Morris Garages’ entered India in July with the Hector and this too has been a runaway success. The Hector has sold 12,909 units so far. However, the lower number is because of production constraints at MG’s plant and this has led to a 9 month waiting period on some variants. The connected car tech and a petrol-hybrid option has made the Hector a popular choice in India.

Hyundai has repeated the Creta success story with a size smaller SUV. Launched in May, Hyundai has clocked 60.922 units of the Venue so far.

The mini SUV comes in a turbo-petrol variant as well.

Launched in February, the king of SUVs didn’t disappoint the Indian market. Mahindra has sold 33,581 units of the XUV300 so far.

Good looks, dual-zone climate control, premium interiors, seven airbags and the Mahindra appeal has made it quite a success and has faced the Venue storm successfully.

The gorgeous Tata Harrier launched in January has found 13,769 homes so far. Faced with strong competition from the MG Hector and Kia Seltos and the lack of an automatic, the Land Rover Discovery based SUV is being sold with discounts to boost sales.

The engine, a de-tuned version of that in the Jeep Compass, makes 138 bhp and 350 Nm of peak torque and is mated to a 6-speed manual gearbox.

The king of hatchbacks launched a new hatchback after almost a decade actually. Slotting in as a competitor to the Renault Kwid and Tata Tiago, the SUVish S-Presso quickly sold off 26,860 units within months of its launch.

Powered by the 1.0 litre K-Series engine, it is also available with an AMT option.

Hyundai’s answer to the Maruti Swift saw a much-needed uplift. The Nios was launched in August and has sold 38,820 copies so far. With segment first features such as wireless phone charging and rear AC vents, the Nios also has a 1.2-litre diesel engine too.

Delhi Shivers At 2.4°C, Second Coldest Dec In Over 100 Years

Ananta Charan Sukla: My Father, The Dreamer And Eternal Optimist