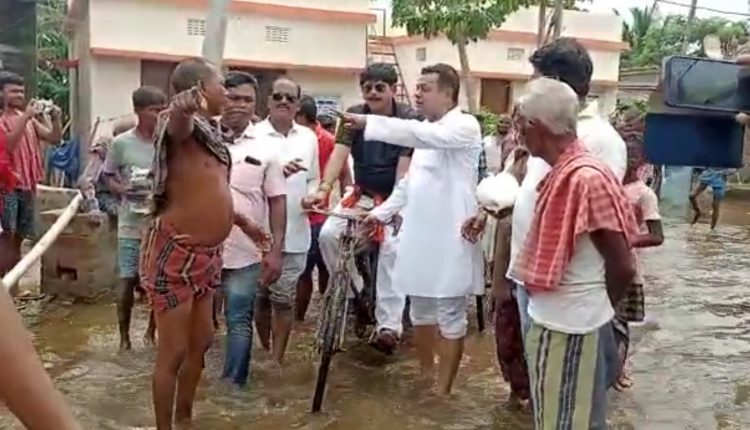 Patra said the villages under Biraharekrishnapur panchayat have been facing flood almost every year and the villagers have been demanding construction of a dam over the nullah to check floodwater from it flowing into the area during the rainy season. He was speaking to media persons during a visit to flood affected villages on the day.

The BJP leader said whenever the water level of Bhargabhi river rises due to heavy rain, its excess water flows into Kanchi, Nuagi and Mangala nullahs and finally to the sea. Since bridges on both sides of Kanchi nullah have not been constructed, its water floods not only the villages under Birahareksirhnapur panchayat but also those under Sadar Kasiharipur panchayat.

He further said Union Water Resources Minister Biseswar Tudu during a visit to the district before the rainy season had requested the state government to construct bridges on the nullah and assured of fund allocation from the Centre. But, the negligence of the state government has led the people to face the miseries now while Puri MP Pinaki Mishra remains indifferent to the issue, he added.

Patra along with party workers moved around the villages and distributed dry food as relief materials among the villagers.

He assured the villagers of looking into their problems on priority basis. The government will also take steps to ensure timely supply of groundnut seeds and farm kits to the farmers soon after the floodwater recedes from the area, he added.

Odisha: Quarter-End Exam To Continue In Plus II