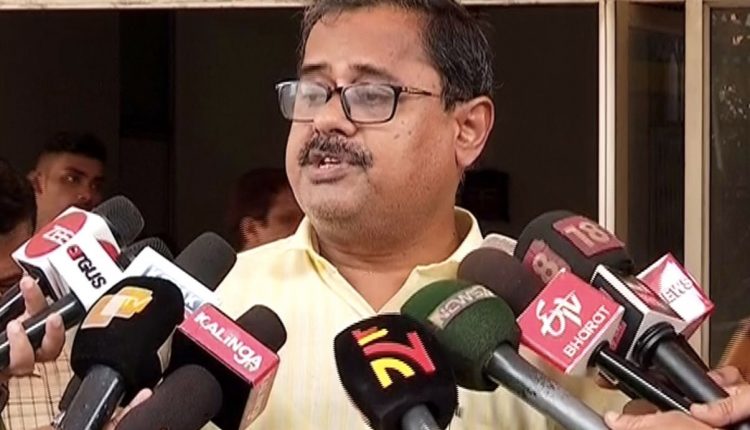 Bhubaneswar: Noting that flood situation in the Mahanadi river basin will persist for around four days despite fall in water flow, the Odisha Government on Wednesday said steps are being taken strengthen embankments to prevent any major breach.

Inflow of water at Hirakud dam reservoir in Sambalpur stood at around 6,24,000 cusec while the outflow was 6,81,000 cusec, Engineer-In-Chief of Water Resources Department Bijay Mishra said.

Noting that inflow of water at Hirakud has decreased, he said the volume of water inflow and outflow was almost same at present.

The water level at Hirakud dam stood at 626.47 feet in the morning against the full reservoir mark of 630 feet and there has been a drop in the discharge of water at the Mundali barrage near Cuttack, he said adding that the flow is expected to decline further by Thursday.

By the time the water discharged through 40 sluice gates of Hirakud dam reservoir reaches Mundali, the present water load would have receded. Therefore, the water flow at Mundali is likely to be within 10 lakh cusec, he said.

Though the flow of water in Mahanadi river is witnessing a receding trend, the flood situation is expected to persist for next three to four days, Mishra said adding that the situation is likely to remain grim till Thursday.

Stating that 40 sluice gates will remain open for discharge of excess water from Hirakud dam reservoir for now, he said no decision on closing or opening more gates has been taken so far.

Senior officers and engineers are working round-the-clock to monitor river embankments in vulnerable areas in order to prevent any major breach. They are taking immediate steps to strengthen weak points wherever required, he said.

Around 50 weak points on river embankments at different places where flood water was leaking have been effectively sealed and strengthened, preventing any serious breach, the EIC added.

As flood situation remained grim, around 2 lakh people in 1,366 villages and nine ULBs in 10 districts along Mahanadi basin have so far been affected by the flood triggered by back-to-back low pressure, and 20,000 marooned.