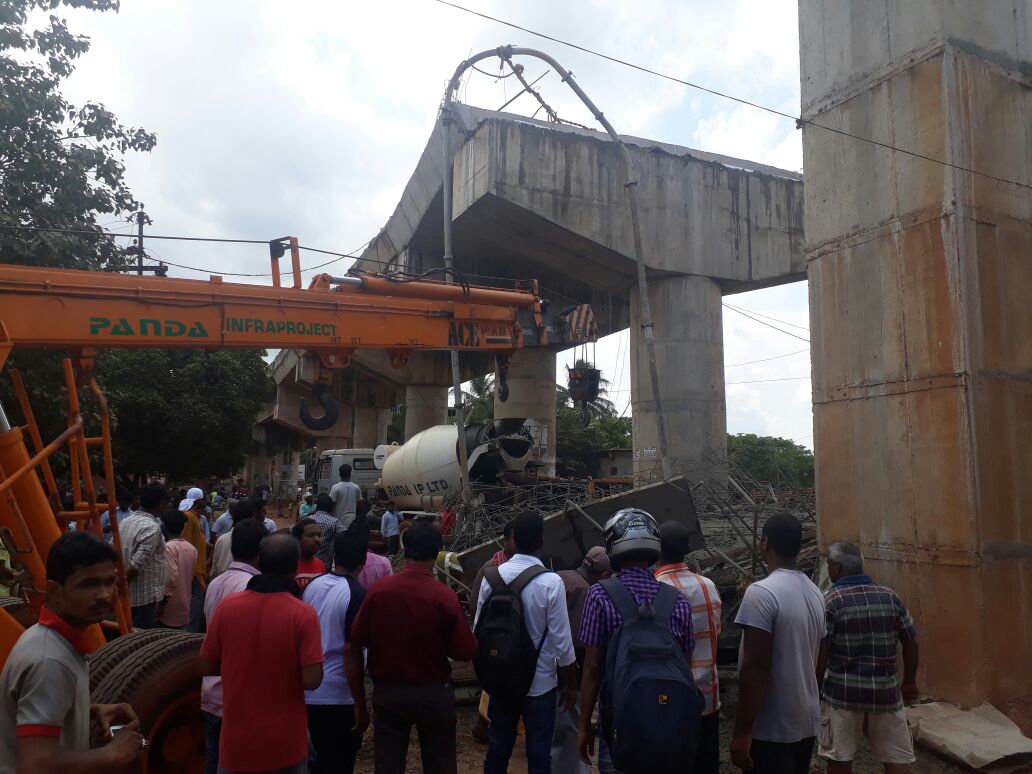 Bhubaneswar: Commissionerate Police on Wednesday issued lookout circular against two directors of Panda Infra, Sujata Panda and Santosh Panda, currently on the run in connection with the Bomikhal bridge collapse incident on Sunday in which one person had died and 11 sustained serious injuries.

On Tuesday, the firm’s chief Pratap Panda along with suspended Assistant Engineer Kishore Rout and project manager Vipul Chakraborty was sent to 14-day judicial custody after a local court rejected his bail plea. Panda was arrested after he surrendered before Bhubaneswar DCP Satyabrata Bhoi a day after the mishap.

A case has been registered against Pratap Panda, Sujata Panda and Santosh Panda– three members of the Board of Directors of Panda Infra – under Sections 304, 337, 338 and 34 of IPC at Laxmisagar police station.