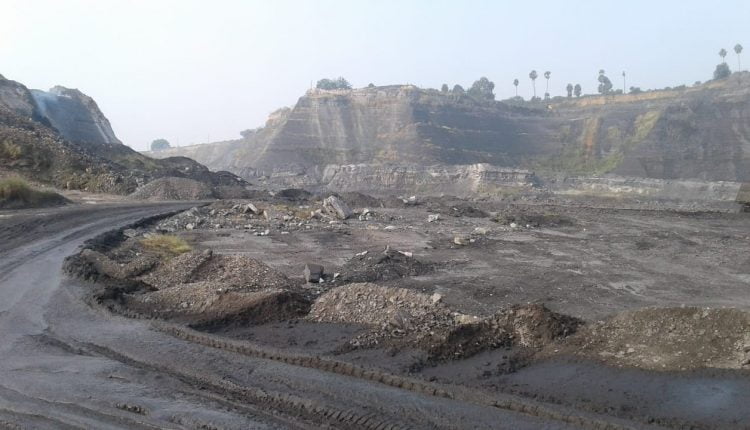 Angul: The industrial district of Angul continues to be in the grip of pollution in natural resources like air, water and sound due to rapid industrialisation.

Power, aluminium and steel behemoths like NTPC, Nalco, Jindal Steel and Power Limited (JSPL) along with nearly 20 sponge and coal-based industries have contributed to environmental pollution. A visitor to Talcher, the mining township in Angul district, will be stunned to see pollution as the atmosphere has turned black with coal dusts floating all around.

Suspended dust particulates in the shape of fly ash, dust, smoke and other effluents float in the ambient air of the coalmine township due to extensive mining operation. Other ancillary industries like coal washeries also contribute to contamination of air, water and groundwater. As the washeries require a lot of water, over exploitation of groundwater for such purpose has almost depleted the resources underneath.

In addition to this, Nalco contributes to fluorine contamination of groundwater. Over 40 villages in close proximity to the public sector unit near Angul are affected due to such pollution. The groundwater table contains fluoride beyond permissible limit causing bone deformities and tooth decay.

The situation has come to such a pass that a large chunk of population in Gadharkhai, a tiny village situated close to the aluminium smelter plant, have been affected with complications due to fluoride pollution. The village is presently bereft of a thriving cattle population.

The MCL has been extracting coal from 12 Open Cast Projects (OCPs) in Talcher region. It will also take up mining activities in eight coal blocks in Chhendipada region from which 124 million tonne of coal will be extricated annually. Nearly 15000 families of Chhendipada will be rendered homeless due to extensive mining activity.

PK Behera, honorary secretary, Nature Environment and Wildlife Society (NEWS) here said Chhendipada like Talcher will pay a heavy price in terms of loss of biodiversity. He said conservative estimates indicated that over 2000 acre of forest, especially Sal, will be denuded due to coal excavation.

The power behemoth, National Thermal Power Corporation (NTPC) at Kaniha under Talcher subdivision has its share of contamination of river water of Tikira and Brahmani.

River Brahmani is the second largest river in Odisha. Gone are the days when Brahmani was full of shoals of fish. Release of effluents into the river has been responsible for turning its water into poison. Villagers of Buddhapank and Damana Banarapal and Talcher blocks said the fish population has vanished due to presence of deadly effluents in river water which is mainly released by NTPC.

Though the environment and CSR wing officials of NTPC maintained that they have stopped discharging effluents into these rivulets, the quality of water never suggested that it is pure.

President of Dereng Anchallika Unnayan Parishad, Kandarpa Behera and secretary Lokanath Behera have recently threatened to launch a stir if the NTPC authorities did not refrain from releasing effluents to Tikira and Bankhuli rivulets by August 31.

The largest river of the state, Mahanadi, is also flowing through Angul district and is regarded as the lifeline. It provides sustenance to scores of people living along its banks in Athamallik and Tikarapada regions who depend on fishing. But the effluents released from the industrial units in Chhattisgarh, Sambalpur and Jharsuguda have contaminated the Mahanadi water.

Sources in the executive director office of Nalco here insisted that every effort was taken to check the leakage of slurry to nearby villages and vegetation through water treatment process. As we have modern techniques to contain contamination, the allegation is a non-issue, they added.

The growing anger of local residents can be judged if one goes by irregular meetings of Regional Peripheral Development Advisory Committee (RPDAC). These meetings are supposed to be held every three months. The last meeting was held in February 2020. Periphery development has taken a backseat as RPDAC meetings are not convened on a regular basis.

Stressing that the administration takes a positive approach on industrialisation, district collector Shiddharth Shankar Swain said industries and development must go hand in hand. “The administration is working on Vision 2023. A balanced mixture is always helpful for the society,” he added.

Industrial scourge apart, Angul is currently struggling to deal with another form of contamination in the shape of garbage. Plastic materials and other leftovers in the form of rotten vegetables, fruits and eatables continue to stink the industrial town despite the promise of the administration and municipal officials to the contrary.

Angul has 23 wards and produces nearly four tonne of garbage on daily basis. The places near busy intersections like Amalapara, Similipada, Medical square, Gandhi Marg and a number of traffic squares are littered with garbage as the municipality has failed to transport the waste to a dumping yard.

Some months ago, the municipal personnel as well as the district officials had tried to dump the garbage on the city outskirts like Panchamahala and Bherubania, but failed to do so in the face of stiff opposition from the villagers.

Ajay Patnaik, a city dweller said, “The municipality staff heap the garbage collected on the roadside and set fire to it. They feel satisfied that they have done a commendable job to rid the city of garbage. But, they know little that their act has spiked air pollution leading to environmental degradation.”

Worthwhile to mention that the Union Health Ministry has admitted that air contamination in the country is responsible for reducing life expectancy of its citizens by 1.7 years. A study conducted by the Energy Policy Institute at the University of Chicago (EPIC) said contamination of air is responsible for cutting down the Indian life expectancy to a considerable level. The analysis further said a quarter of India’s population is exposed to pollution.