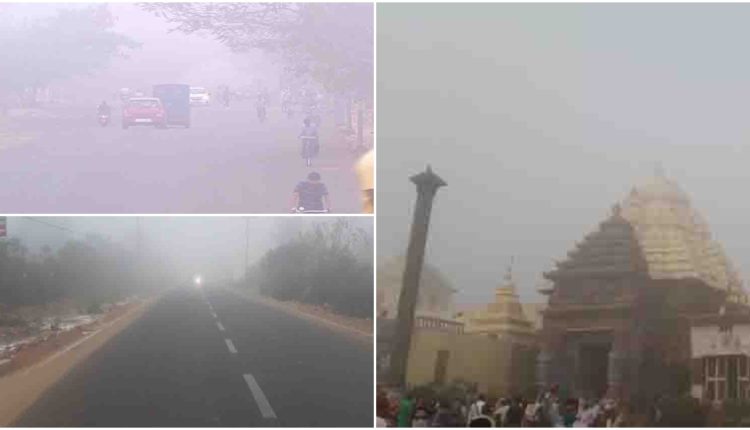 Bhubaneswar: It was a foggy Thursday morning for the twin cities of Cuttack and Bhubaneswar and Puri. Road communication on national highways was also affected with visibility reduced below 10-20 metre.

The India Meteorological Department (IMD) had on Wednesday forecast shallow to moderate fog at one or two places in Balasore,  Mayurbhanj, Bhadrak,  Kendrapara, Jagatsinghpur, Cuttack and Khurda districts till 8.30 am the following morning.

Bhubaneswar would witnesses fog or mist in the morning and partly cloudy sky later, it had said.

Meanwhile, Odisha saw a drop in temperature by two to three degree with Sundargarh, Malkangiri and Rayagada posting the highest of 38.8 degree Celsius each.

The weather in the state will remain mostly dry till March 9. While there will be no change in the night temperature, the day temperature is likely to remain 2 to 3 degree Celsius above normal at several places, the IMD added.

Snana Purnima: All You Need To Know About Divine Bath &…