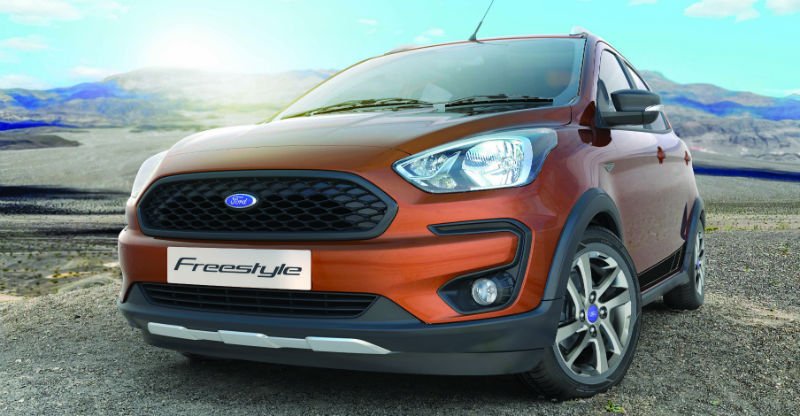 New Delhi: Ford has launched a new CUV (Compact Utility Vehicle), ‘Freestyle’, at a starting price of Rs 5.09 lakh (ex-showroom Delhi) for the base petrol variant. The diesel starts at Rs 6.09 lakh and goes up to Rs 7.89 lakh for the top end. The petrol top end is priced at Rs 6.94 lakh.

As evident from the design, Freestyle is based on the Figo and will compete against other cross-hatchbacks such as the Hyundai i20 Active, Volkswagen Polo Cross and Toyota Etios Cross.

Interestingly, Freestyle’s price is the lowest amongst the competition and it is cheaper than the Etios Cross by nearly Rs 1.4 lakh and Rs 1.6 lakh compared with Hyundai i20 Active.

The petrol gets an all-new 1.2-litre Dragon series 3 cylinder engine that produces 95 bhp power and 120 Nm of torque. The ARAI-rated fuel efficiency for the petrol is 19 kmpl.

The diesel engine is the same as that available on Figo, Aspire and Ecosport. The 1.5-litre, 4-cylinder diesel unit produces 99 BHP power and 215 Nm torque. Fuel efficiency is 24.4 kmpl as per ARAI.

Both engines are mated to a five-speed manual transmission. There is no automatic gearbox available as of now.

At a length of 3954 mm and width of 1737 mm, it is slightly bigger than the Figo but smaller than the Ecosport.

Rabi Paddy Procurement In Odisha To Begin From May 1