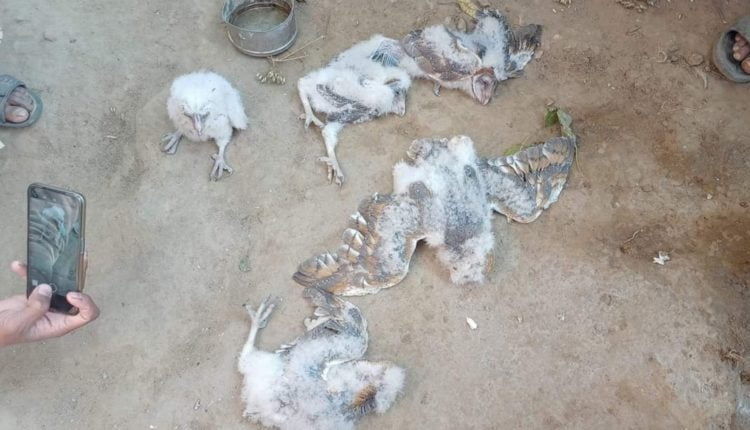 Nabarangpur: Forest officials rescued three owlets of rare species from a nest in a tree in the district on Sunday.

According to reports, an owl had made the nest in the tree on the backyard of Purna Gauda of Majhiguda village under Papadahandi block of the district. From the hissing sound of the owlets, Gauda suspected that some snake might be living in the tree and felled it on the day.

While the tree was being cut, two young owls fell to the ground and died. Fortunately, three owlets survived in the incident.

On being informed, a team of forest officials led by forester Umakant Patnaik from Maidalpur went to the village. They took the young owls and released them in the forest. The forester identified the birds as owls.

The Forest officials also sent the samples of the dead owlets to the Bhubaneswar-based laboratory to confirm the species.