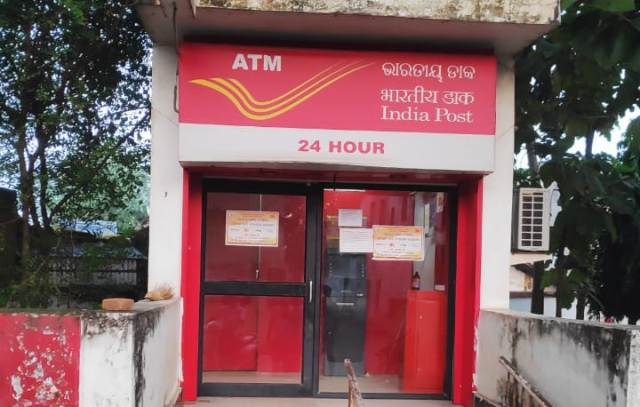 Sambalpur: The Forest officials took 3 days to rescue a cobra from inside an ATM in Kuchinda of the district.

According to sources, some customers spotted the cobra inside the India Post ATM at Panchamukhi Chhak in the town on the evening of October 19. As the news spread in the small town, people got panicked.

On being informed, the post office authorities alerted the Forest department. A team of Forest officials rushed to the spot to catch the cobra. But they failed to catch the snake inside the small kiosk and locked it from all sides.

On the second day also, the Forest officials failed to trap the slither which had hidden in a place where they could not manoeuvre to access. Their efforts to hook the neck or lay hands on the tail yielded no result.

However, on Wednesday evening, the team finally rescued the cobra unhurt after approximately 72-hour operation. Later, ranger Gagan Mallick released the rescued snake in the forest.