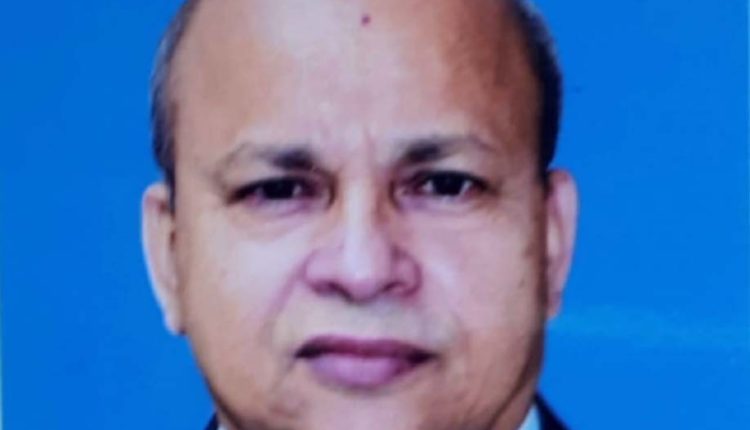 Bhubaneswar: Former Odisha cricketer and current state Ranji Trophy selector Rabi Narayan Panda died of COVID-19 at a private hospital in the city on Friday night. He was 63.

Family sources said Panda and his wife Sushmita were admitted to the hospital after they tested positive for the virus.

The condition of his wife is said to be critical.

Panda had lost his son Sourav, a 31-year-old Banker in Mumbai. a few days ago due to liver disease.

Born on October 4, 1958, in Puri, Panda had begun his career in cricket in 1974 as a right-handed batsman and represented the Madan Mohan Cricket Club in Cuttack.

He has played 30 first-class matches featuring 28 in Ranji Trophy and one each against West Indies and Australia. He has also played one List-A match in the Willis Trophy and three miscellaneous matches in the CK Nayudu Trophy.

Panda had led the East Zone to a stunning victory over Australia in their three-day match at Barabati Stadium in October 1979.

After his retirement from Cricket, he had worked as the BCCI match referee in the Ranji Trophy Championship in 2004-05.

Panda was appointed as a member of the senior men’s selection committee of the Odisha Cricket Association (OCA) on November 26 and worked as a selector of the state Ranji Trophy team for many years.

He had also represented the Rourkela Steel Plant (RSP) as a council member of different state sports bodies, including the OCA. Apart from this, he was a member of the Steel Plant Sports Board since 2003.

During his stay in Rourkela, Panda had represented the Rourkela Steel Plant (RSP) as its employee.

He was conferred with the Jawahar Award from the RSP as one of the best executives in 2005.