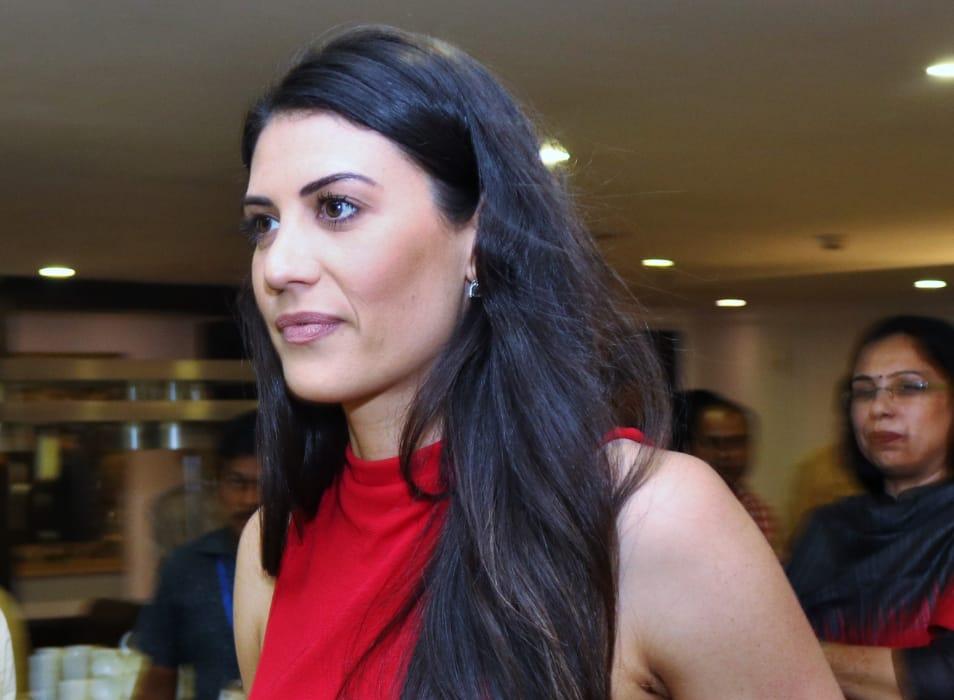 She is in Bhubaneswar to attend the ongoing Ekamra Sports Literary Festival.

The Australian swimmer, however, said that the newbies and competitors need more exposure to learn and grow. “Not many international swimmers are coming here. Taking this into consideration, it is important that the swimmers interact with the right kind of people to stay motivated,” she said.

Stephanie stressed the need for a lot of racing to “learn fellow competitor’s weaknesses” and suggested an Olympic style training programme. “I would love to be a part of it,” she added.

One of the girls from the audience asked her about India not being in top 10 and if it was because of the taboo behind the length of clothes women are meant to wear and harassment from coaches or other men.

The former Olympian said she can barely comment on the same but “this should not be the reason for the state to not produce best athlete or for the athlete to not do their best”.

“There should be a planned discussion to overcome harassment and action must be taken against the perpetrators. However, for an athlete to do well, it has a lot to do with nurturing, determination and will power. Everyone has their own struggle and setbacks. People should know how to overcome them. As a female, I believe that it is important,” she added.

She also shared the diet plan for swimmers. “India needs to improve its diet for sure. When we talk about diet, it’s usually the food one eats and the time one eats at. Before the training, having a banana or a fruit that gives you energy, is the best,” she said.

Post-training, any carbohydrate-rich food must be taken within 10 minutes. After 20 minutes, protein-rich food is a must since the body needs time to recover.

“Recovery is important since swimmers train in the morning and evening and hit the gym in the afternoon,” she said.

Stephanie said that she would love to help in developing and improving the swimmers in India.

The 30-year-old former Australian competitive swimmer had won three gold medals at the 2007 Summer Olympics in Beijing. She was also conferred with the Medal of the Order of Australia on January 26, 2009.