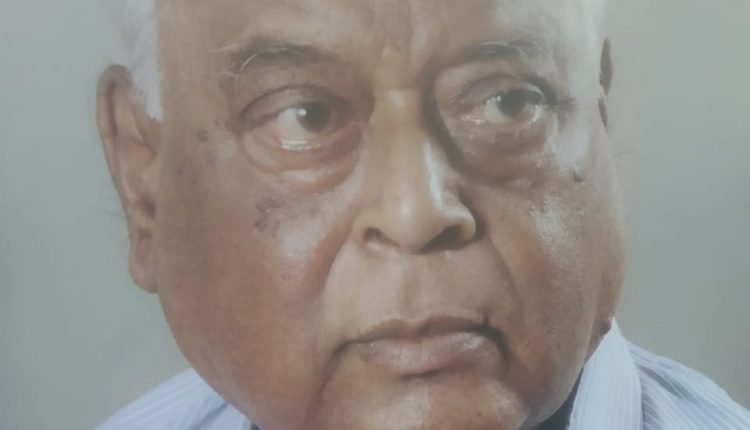 Bhubaneswar: Samar Bilas Patnaik, who was PRO to former chief minister late Biju Patnaik passed away, here, on Friday. He was 89.

Patnaik breathed his last at his residence in Sashtri Nagar. His only son and daughter-in-law were present at the time, family sources said.

Besides Biju Patnaik, he served as public relations officer to former chief ministers JB Patnaik and Nilamani Routray. He had earned a name in the public relation profession in the state during his career.

Highly respected by the professionals in his field, Patnaik was also associated with several social service organisations like CYSD, NISWAS and Bhubaneswar Citizens’ Forum.

Born  in Rengal village near Jatni in Khurda district, Patnaik lost his parents at a tender age of 2 years. During his student career, he could make friends with his charming personality and pleasant behaviour.