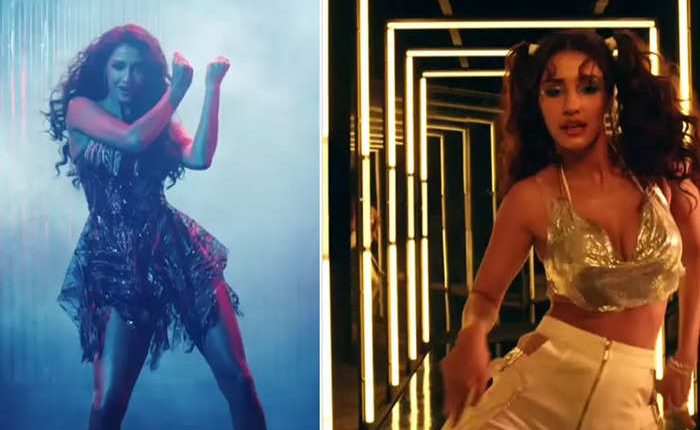 Mumbai: Repackaging and recreating some iconic numbers of the  90s fail to draw the same amount of appreciation and fan following.

That was exactly the reaction of fans for the remix of the popular song ‘Yeh Kaali Kaali Ankhein’ of the 1993 film Baazigar, which has been immortalised by Kajol and Shah-Ruk-Khan.

Disha fails to impress with her dance and unfortunately does not look any different from her previous song numbers. She wore a black and silver shimmery slip short dress as she kept her hair loose. She also dressed in a golden and white outfit as she tied her hair in two pigtails.

The actress shared the video on Instagram with the caption: “Can’t keep calm because the Yeh Kaali Kaali Ankhein dance mix is here. Come take this groovy challenge with us!” With her video, Disha has started #YKKAGroove Instagram Reels Challenge.

Netizens reacted saying the remix has spoilt the entire song. “Yet another iconic song destroyed. Worst era of bwood music which lacks creative and soothing lyrics”, commented one bulleteerdev and we can’t agree more.

One person wrote, “Remix karke saara gaana kharab kardiya (They have spoilt the entire song by remixing it).” “Yet another iconic song destroyed. The worst era of Bollywood music which lacks creative and soothing lyrics,” said another one.

However, an excited Disha said “I’m a fan of 90s thrillers – the pulp, the catchy music, the drama and the action – they are complete entertainers that keep you hooked. Yeh Kaali Kaali Ankhein takes inspiration from these! When I heard that Netflix is also coming out with a new rendition of the iconic song, I was super thrilled to listen to it.”

“It was a lot of fun performing this reimagined version! We are all very excited to kickstart the #YKKAGroove Instagram Reels Challenge and I cannot wait to see what the fans are going to do with the challenge to make it their own!,” she was quoted by ANI.

Disha will be seen in movies like Yodha which also features Sidharth Malhotra and Raashii Khanna in the lead roles. The Dharma Productions and Shashank Khaitan’s newly-minted banner Mentor Disciple Films is slated for November 11 release in theatres.