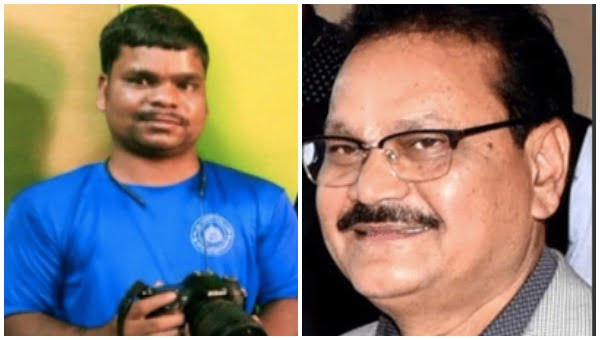 Bhubaneswar: Former Director (Technical) of Odisha’s Information and Public Relations (I&PR) Department Niranjan Sethi has been arrested for his alleged involvement in the abduction and murder of cameraman Manas Swain.

Besides the former OIS officer, Bhadrak Police on Monday also nabbed Ranjan Nayak alias Raj in connection with the case.

Before being promoted to post in 2020, Sethi was serving as additional director (I&PR). He had also worked as the PRO to the Chief Minister and Governor. He superannuated from government service in February end.

With this, the number of arrests in the brutal murder of the cameraman has touched five.

Police are also on the lookout for Sarmistha Rout, the owner of a Bhubaneshwar-based web channel, where Swain used to work, in connection with the murder.

The 28-year-old Swain went missing from a wedding venue in Bhadrak on February 7 and his body was exhumed in Ranpur area of Nayagarh district on March 12.

Three accused, Bhagyadhar Nayak (26), Bebek Nayak (19) and Krushna Chandra Nayak (50), who were arrested on March 12, have confessed to having killed Swain at Dayal Ashram run by Sarmistha in Bhubaneswar and burying the body in Ranapur area of Nayagarh to destroy evidence, police sources said.

According to preliminary investigation, Sarmistha allegedly plotted to kill him since he was in possession of some controversial videos and photos which could have landed her in trouble and Sethi was part of the conspiracy.

BeMC Polls: Unable To Find Your Booth? Use SAFA App