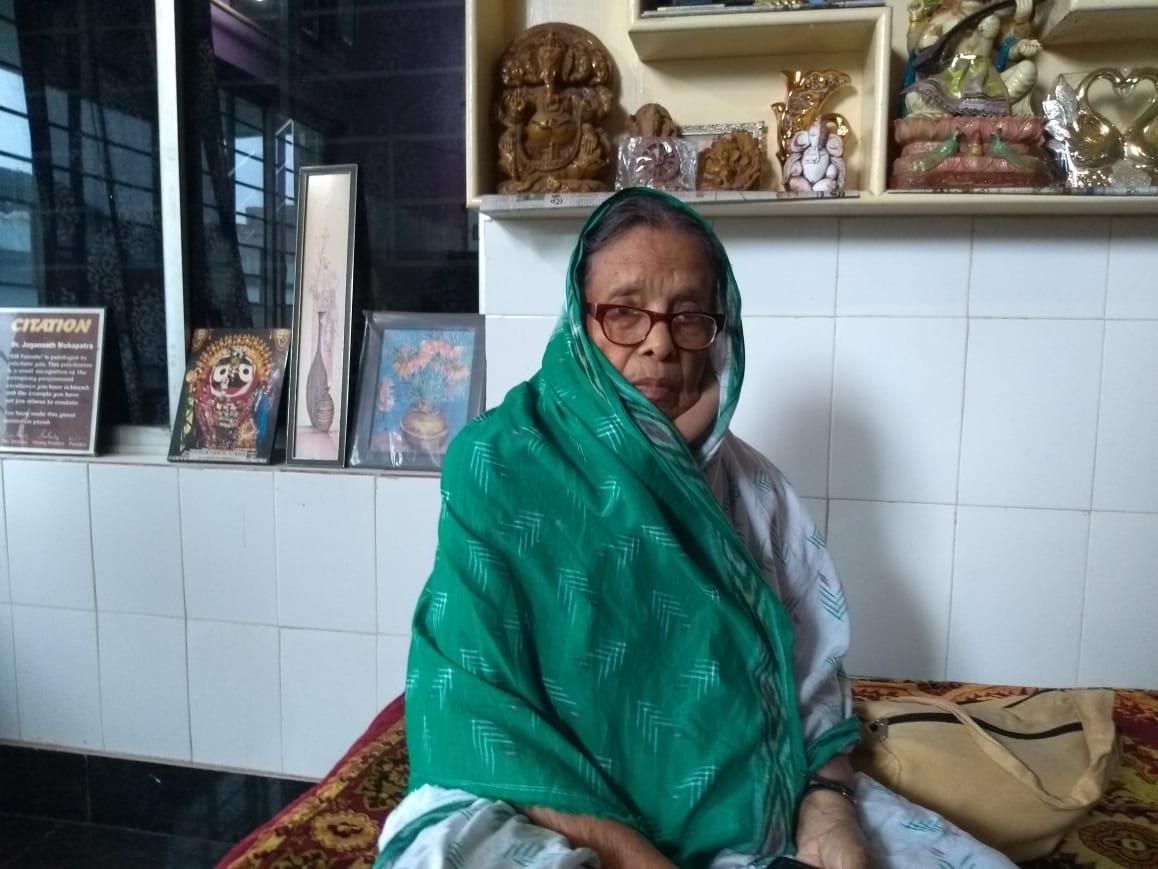 Chief Minister Naveen Patnaik mourned the death of veteran freedom fighter and described her a true Gandhian. who dedicated her entire life for the propagation of Gandhian principles. He also conveyed his deep sympathy to the bereaved family.

Baidehi was born at Kata Sahi in Bhadrak district in 1932.

She was married off at the tender age of seven and became a widow at the age of nine. Too young to understand the situation, she asked her family members why they were crying. Even when one of her brother’s told her that she had become a widow, it did not make any sense to her.

At that time ‘Kasturba Gandhi Memorial Trust’ was started under the leadership of noted freedom fighter of Odisha, Rama Devi. An ashram of this trust was opened at Ramachandrapur in Bari. Baidehi’s elder brother Muralidhara took her to the ashram to meet Rama Devi.

“Maa, please keep my sister with you. From today, she has become your daughter,” said Muralidhar to Rama Devi.

On learning everything about Baidehi, Rama Devi said, “From now onwards, Baidehi will be the daughter of Kasturba. One day, she will be mother of hundreds of children.”

Rama Devi’s prediction came true. Baidehi joined the freedom struggle at a very young age. She even met Mahatma Gandhi and other freedom fighters and was inspired by them.
She actively participated in the Bhoodan movement, started by Acharya Vinoba Bhave in 1951.

In 1955, Vinoba Bhave had come to Odisha for a padyatra and Baidehi was selected to guide him. Vinoba Bhave lovingly called her ‘Kalinga Kanya’. She walked around 30,000 km across the country with Vinoba Bhave.

Baidehi had also contributed in motivating the dacoits of Chambal to surrender.

90-Year-Old Belgian Woman Dies After Being Infected With 2…