Fresh Cyclonic Circulation Over Bay: Rain Likely To Resume In Odisha From Oct 31 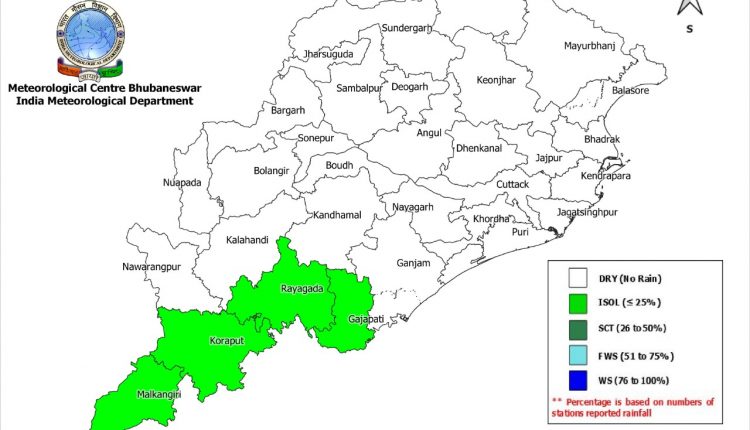 “Light to moderate rain/thundershower is very likely at one or two places in Malkangiri, Koraput, Rayagada and Gajapati between 8.30 am on October 31 to 8.30 am on November 1 while dry weather is expected over the rest of Odisha,” it said.

There will be little change in the weather conditions thereafter. There will also be no large change both in maximum and minimum temperature at most placesin Odisha during the next 4 to 5 days, it added. 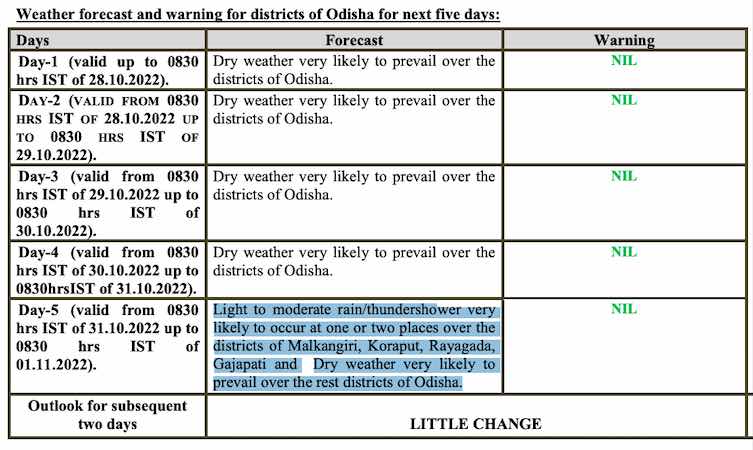 Notably, the IMD in its North Indian Ocean Extended Range Outlook for Cyclogenesis had predicted formation of a fresh cyclonic circulation over eastcentral Bay of Bengal between October 28 and November 3.

“Various extended range models are also indicating the likely formation of another cyclonic circulation over eastcentral BoB during week 2 with a low probability of its intensification into a depression,” it said.