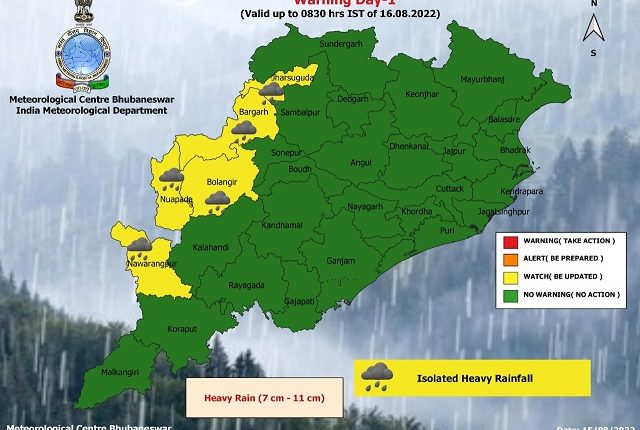 A yellow warning for heavy rainfall has been sounded for Nabarangpur, Nuapada, Balangir, Bargarh and Jharsuguda. No rain warning has been issued on August 16.

However, warning for heavy rainfall has been issued from August 17 till August 19.

The Met bulletin also stated that the depression over north Chhattisgarh and neighbourhood moved west-northwestwards at a speed of 25 kmph during the last six hours and lay centered over northwest Chhattisgarh and adjoining east Madhya Pradesh. It is very likely to continue to move west-northwestwards and weaken gradually during the next 12 hours.

Check forecast for the next 5 days: 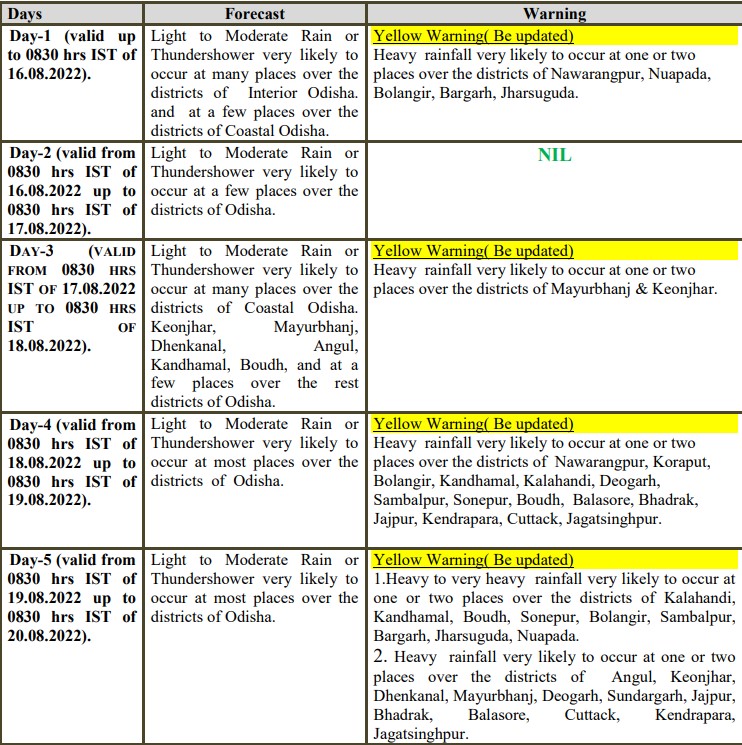