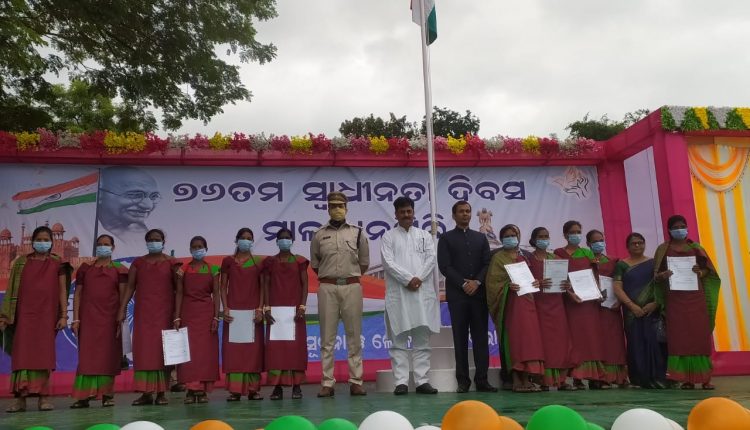 Malkangiri: As part of its efforts to build confidence among surrendered Maoists, the Odisha Government offered jobs to 11 women rebels, who have given up arms and decided to return to the social mainstream, on the occasion of Independence Day on Monday.

The former ultras participated in the Independence Day event in tribal-dominated Malkangiri, considered a Maoist hotbed, where the red rebels have been giving calls for boycott of such celebrations.

School and Mass Education Minister Samir Ranjan Dash, who hoisted the national flag at DNK playground on the occasion, also handed over appointment letters to the 11 women who have given up the path of violence.

The surrendered naxals will now work as cooks in different Government-run schools and hostels in the district.

The decision to rehabilitate the former rebels by providing them with jobs is considered as a move to instill confidence among the Maoists and encourage them to give up arms and return to the social mainstream, sources said.

The Minister also remembered the sacrifices made by the freedom fighters for the country’s independence.

Speaking about various programmes and schemes being implemented by the Government for the development of the state and welfare its people, Dash also felicitated some local residents for their selfless service.