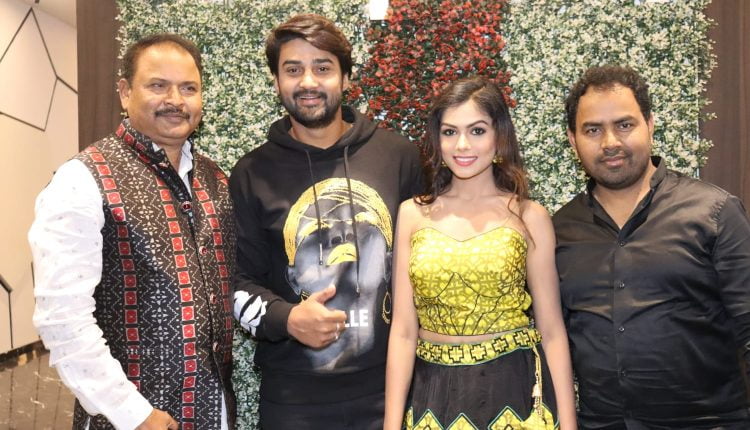 Bhubaneswar: Ollywood movie ‘Cuttack Weds Sambalpur’, based on love story of two love birds belonging to two culturally different regions of Odisha, has evoked a warm response from the audience.

Though not a direct lift from 1981 Bollywood blockbuster ‘Ek Duje Ke Liye’, the storyline of ‘Cuttack Weds Sambalpur’ runs almost on parallel tracks though with some contemporary touches. It was released at 17 theatres in Cuttack, Sambalpur, Bhubaneswar, Paradip and in a few other cities on Friday.

“The response from public towards the ‘Cuttack Weds Sambalpur’ has been very good. We all are very satisfied with making a movie on a story that has not been explored so far in Ollywood” said Sambeet Acharya, who plays the lead male role opposite debutant Susmita Pradhan.

Produced under the banner of ‘RR Events and Cine Production’, the movie is Bapi David’s debut directorial venture. Ramesh Barik and K Tamanna are the producers while the story and dialogues have been penned by Jatindra Pradhan and Jitendra Seth respectively.

“The response from the audience was beyond expectation. Everybody is appreciating the storyline and songs of the movie. Especially in Sambalpur, the hall ran houseful on the release day,” said Barik.

“The story is based on a young boy and a girl. While one belongs to Cuttack, the other is from Sambalpur. It shows how people from two distinctly different cultural backgrounds win each others hearts,” said the producer.

The film has been mostly shot in Bargarh, Sambalpur, Koraput, Puri and Cuttack. Though it was planned to be released in September, the release date was postponed due to COVID.

Besides Sambeet and Susmita, the other casts of the movie include Kuna Tripathy, Guddu, Pintu Nanda, Pradip Debta, Raja and Maha Prasad Kar.

The movie has four songs composed by Baidyanath Das and Kamalesh Chakrabarty.