From ‘Bahubali-2’ To ‘Puspa’, This Odisha Actor Is Creating Ripples In Tollywood 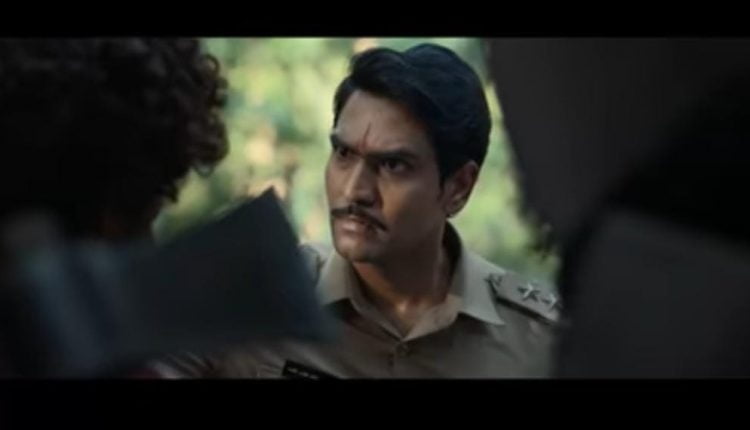 Bhubaneswar: He is a nightmare for Red Sandalwood smugglers, and it is said that woods can be smuggled out of the forest in Seshachalam only while he is taking a nap.

This scene from the crime-action drama ‘Pushpa – The Rise’ starring Allu Arjun in the lead role, introduces Taskforce DSP Gobindappa played by Shatru and he is the Odisha connect in this blockbuster.

Shatru is the screen name of M Ramakrishna, a native of Sarla village in Odisha’s Bargarh district. And he has garnered a lot of praise from the audience for his performance in the film. “I am very happy to see my son sharing the big screen with the famous actors of Tollywood. I hope, he will bring more laurels for his native state,” said M Sarojini Devi, mother of Ramakrishna.

Released on December 17, 2021, the movie had generated over Rs 300 crore at the box office worldwide by the end of four weeks. It is currently streaming on Amazon Prime.

According to sources, Ramakrishna moved to Hyderabad about 10 years ago to pursue his dream after a bachelor’s degree in Microbiology at Ravenshaw University in Cuttack.

Since then, he has acted in over 10 films including Krishna Gaadi Veera Prema Gaadha, Legend, DJ, Rangasthalam, Agadu, Ganesh and Balmiki. He played the role of Pindaari leader in Bahubali 2: The Conclusion.

Ramakrishna made his debut in Tamil films with Kathakali (2016) before starring in Kadaikutty Singam (2018), where he played a negative role.

Expressing happiness over Ramakrishna’s success, his friend G V Rao said, “He had always been drawn towards acting. Even while in school, he always wanted to pursue it. After struggling in the initial days, he is now acting with top stars and his feat deserves a lot of credit.”