From Shah Rukh To Amitabh, Celebrities Who Went Bankrupt 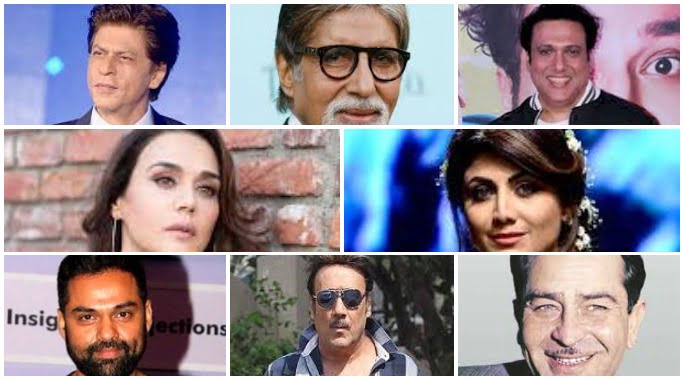 Mumbai: When we talk about celebrities, we think they are gifted and have everything a person needs to live life king size.

However, just like commoners, celebs too can become debt-ridden and lose everything they have if they are not careful about their investments.

Here is a list of Bollywood celebrities, who had almost become bankrupt, because of their carelessness:

1.  Amitabh Bachchan: Big B had revealed on social media that in 2000, he went through a financial crisis. “In the year 2000, when the entire world was celebrating the new century, I was celebrating my disastrous fortune. There were no films, no money and no company,” Senior Bachchan wrote on his blog. However, Big B’s fortune changed when he was offered ‘Kaun Banega Crorepati’.

2.  Shahrukh Khan: King Khan became bankrupt after making ‘Ra.One’, which failed at the box-office. The actor had invested almost all his savings in making the film for his children. However, SRK later admitted that the film was a mistake.

3.  Preity Zinta: The actress wanted to try her luck in making films and turned producer with ‘Isshqq in Paris’. The film proved to be a dud at the box-office and left Preity debt-ridden. During this tough time, Salman, a good friend of Preity, had come to her rescue.

4.  Shilpa Shetty: She took to social media to share with fans that she was unable to complete the video shoot for her IPL team, Rajasthan Royals, because of a financial crisis. The actress had even labelled herself as “extremely poor”.

5. Govinda: During the premiere of his daughter Tina Ahuja’s film, Govinda admitted that there was a period in his life when he was almost bankrupt. The actor went on to say that he didn’t even have money to hire an auto-rickshaw.

6. Jackie Shroff: The actor revealed that he had taken a loan from filmmaker Sajid Nadiadwala, but was unable to repay him due to a financial crisis following a series of flop films.

8. Abhay Deol: The actor wanted to turn a producer with ‘One by Two’. When the film turned a dud at the box-office, Abhay had to sell off his house to pay his loans.

Also Read: Bollywood Actors Who Went To Jail For Messing Up With Law

Vaccine Will Not Be Enough To Stop Pandemic: WHO Chief