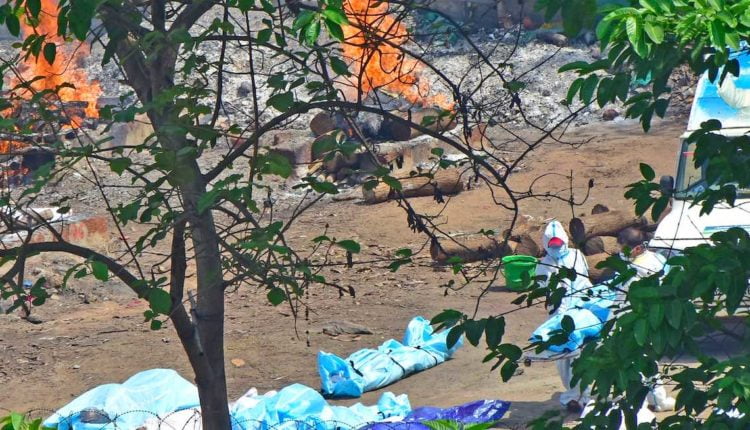 Bhubaneswar: COVID fatality graph got steeper in Odisha on Saturday with 47 patients succumbing to the disease in the last 24 hours. It is for the second time that the state saw so many deaths, the highest in a single day since the pandemic spread its tentacles in the state.

While the second wave saw more people getting infected by the virus with cases peaking to 12853 on May 23, the overall case fatality rate (CFR) remained at 0.16 per cent, the lowest among the 21 larger states, against 0.56 per cent during the first wave, leading to allegations of number fudging of deaths by the state government.

The number of pyres burning across the state against the reported deaths and more places being designated for crematoriums, as reported by different media, also gave credence to it.

Therefore, it was not surprising when Orissa High Court, despite having reservations about “the manner in which HC lawyer Nishikant Mishra has prepared a petition based on sketchy facts gleaned essentially from press reports”, on Friday decided to take up the alleged undercounting of COVID deaths mentioned in it by tagging it with another petition on the issue.

The court has asked the state government for a report on the total number of COVID deaths in Odisha. The government has to submit the district-wise toll to court by July 5.

The second petition pertained to discrepancies between the number of COVID deaths in Nayagarh district as reported by the Chief District Medical Officer (CDMO) and the state government’s official portal.

According to the petition, the CDMO reported that 97 people in Nayagarh district had succumbed to COVID-19 during the second wave while the government portal had put this toll at only 14.

Noting this discrepancy, the bench ordered Attorney General (AG) Ashok Kumar Parija to have the matter examined and report to the court.

“The AG will inform the court on July 5, 2021, whether the issue of undercounting of COVID-19 deaths has been enquired into by the additional chief secretary, health… The district-wise breakdown of the deaths must be placed before the court on the next date of hearing,” the bench said