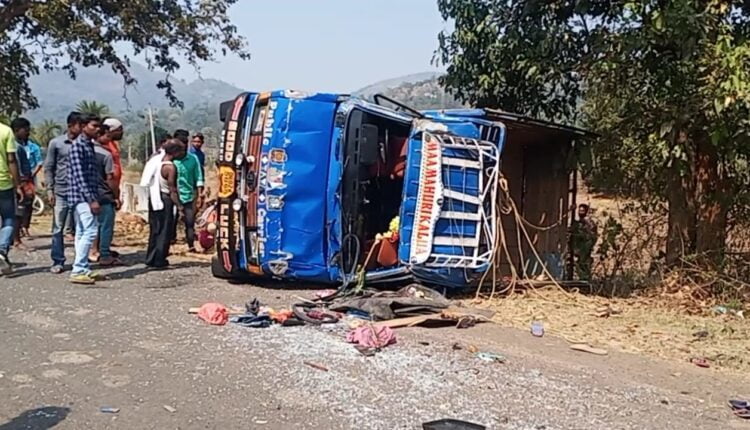 Bhubaneswar: Chief Minister Naveen Patnaik on Tuesday announced an ex-gratia of Rs 2 lakh each for the family of two persons, who died in a tragic road accident near Kankadaguda at R Udayagiri in Odisha’s Gajapati district.

The government will also bear the treatment expenses of the injured.

According to sources, the accident took place when a mini truck, carrying over 20 people of Jamadiha village to Tumun village for a marriage feat, overturned near Kankadaguda Chhak after the driver lost control over it.

Two persons died on the spot.

On being informed, R Udayagiri Police led by the IIC Mamata Nayak rushed to the spot and admitted the injured to the community health centre (CHC) at R Udayagiri.

The bodies of the two deceased, identified as Janath Dalabehera and Gayatri Badaraita, were sent for postmortem.

One among the injured later succumbed to his injuries during treatment. The identity of the deceased is not yet known.