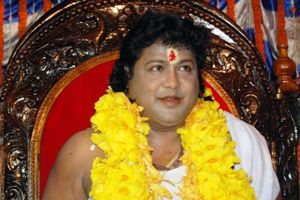 The court directed the self-styled godman to hold the discourse with an assembly of maximum 200 people.

However, keeping the prevailing pandemic situation, the court told him to begin the discourse after July 1.

Earlier, the godman had appealed to the court to allow him to hold religious discourse at any place in Odisha except on his ashram premises at Barimul in Kendrapada district where prohibitory order under Section 144 has been in force.

Following the High Court’s directive, additional force has been deployed around the ashram apprehending law and order situation.

It may be recalled that there was a statewide uproar against Sarathi Baba after he was found with a woman at Golkonda Hotel in Hyderabad in July 2015. Subsequently, he was arrested by the Crime Branch on August 7, 2015.

This was followed by a raid on his ashram where police had seized properties worth over crores.

While serving the jail term in the Circle Jail at Choudwar, Sarathi had moved the High Court for bail. The court after a series of rejection of his appear finally granted him the conditional bail on August 4, 2017 on one case and later on another case in 2019.

The court while asking him not to visit his ashram and take out the rallies, had also told him to provide the Crime Branch with the address of his place of stay with his telephone number in a sealed envelope to the Crime Branch officials.

The court had also asked him not to leave Odisha without the prior permission of the Crime Branch and directed the local police to provide him the security whenever he wants.

Was Every Effort Made To Save The Tusker Trapped In Mundali Near Cuttack?