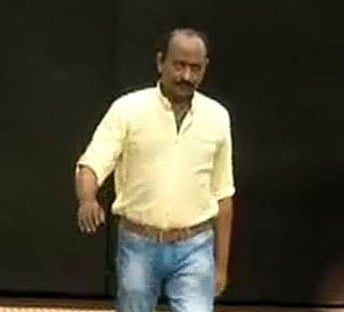 According to sources, Raja was arrested by the Malgodown Police on the basis of an old warrant issued for violating conditions laid down by the court.

Notably, police had arrested Raja from Goa on May 28, 2008, in connection with the sensational murder of judo coach Biranchi Das near BJB Autonomous College in Odisha capital on April 13, 2008.

In December 2010, the Bhubaneswar District and Sessions Court had found him guilty of the murder and awarded him life term.

Challenging the lower court’s verdict, Raja had moved the Orissa High Court. When the matter did not come up for hearing in the High Court, he moved the Supreme Court, which granted him bail in the murder case on March 10, 2017.

Apart from the murder case, Raja was also awarded a four-year jail term in October 2011 for abducting Arun Mantri, brother of Ollywood actress Bidusmita, in April 2008.

On April 20, 2018, the Orissa High Court had granted bail to Raja in connection with the kidnapping an employee of Bhubaneswar-based Jyote Motors in 2010, clearing the way for his release.

Following the directive of the court, Raja was released from the Jharpada Special Jail in Bhubaneswar after a week on April 27.

The gangster has as many as 40 cases pending against him.