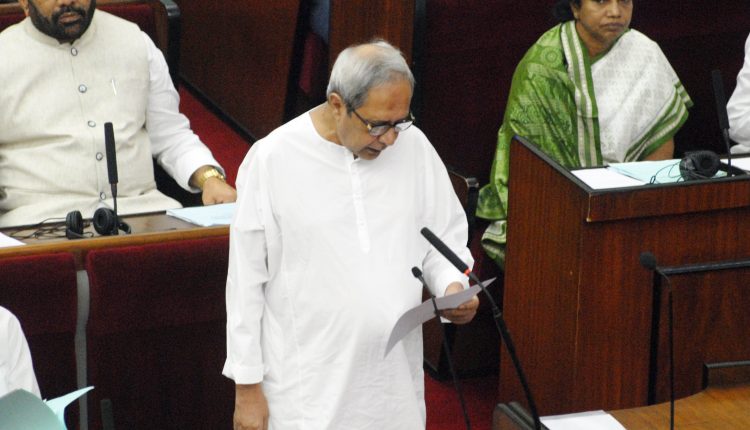 Bhubaneswar: Before the storm and the adjournment, the winter session of the Odisha assembly saw Congress MLA Taraprasad Bahinipati making a snide remark at Chief Minister Naveen Patnaik.

As soon as Naveen arrived in the house, Bahinipati remarked, “Sir Apana Khusi Ta..(Sir, are you happy)?”

The short conversation between Bahinipati and Naveen had the House in splits.

Later speaking to mediapersons, Bahinipati said he found the Chief Minister in a gloomy mood and therefore the question. “I had no other intentions,” he added.

It was on the sidelines of the Odisha Men’s Hockey World Cup that Naveen had first garnered loud cheer from the crowd when he in his signature style asked the audience, “Apana mane khushi ta? and then responded with, “Mu bi khushi”.

The elections rallies too saw him raising the slogan and drawing similar response from the crowd.