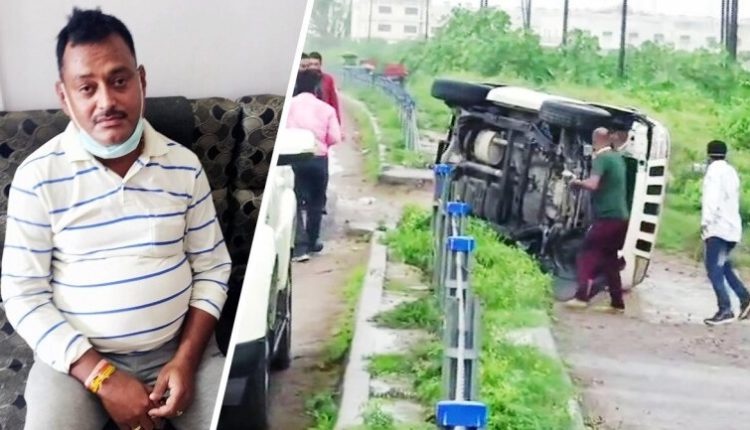 Kanpur: Gangster Vikas Dubey, who was arrested from Madhya Pradesh on Thursday, was killed on Friday morning. He was left critically injured after an alleged shootout with STF officials.

Dubey was shot when he apparently tried to flee, after the vehicle he was travelling met with an accident and overturned.

The blood-soaked gangster was taken to the emergency ward of Hallett Hospital after the shootout, but couldn’t be saved. According to SSP Kanpur, Dinesh Kumar, the doctors confirmed Dubey’s death.

Media was not allowed access inside the hospital as the gates were closed immediately. STF officials even refused to comment on the issue.

Going by the reports, as the convoy carrying Dubey from Ujjain reached Bhauti area under Barra police circle in Kanpur on Friday morning, Vikas’ vehicle overturned after skidding on the road owing to heavy showers. Two police personnel along with Vikas were injured in the accident.

But soon after Vikas was taken out of the vehicle, he allegedly tried to snatch a pistol for an STF member and tried to fire at them. Cops retaliated and Dubey was fatally injured.

A couple of STF personnel were also injured in the scuffle.