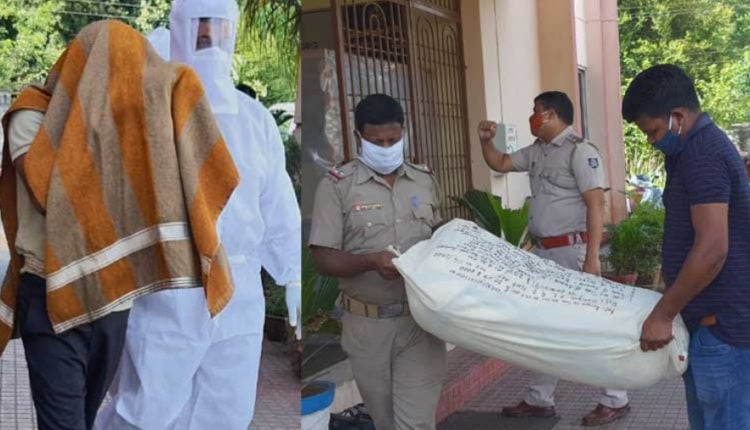 Sambalpur: In the second major case of alleged involvement of police officials in ganja smuggling on Sunday, a vehicle reportedly belonging to GRP was found carrying the contraband.

As per reports, a Bolero was stopped by Rengali Police near Ramapada Chhak here on suspicion. On being searched, the ganja weighing around 21 kg was found from the vehicle. The vehicle reportedly belongs to Government Railway Police (GRP).

The police seized the contraband and arrested the vehicle’s driver who identified himself as Purna Chandra Patra. Later, he was forwarded to court.

Patra, who hails from Bishipali under Bonai police limits in Sundargarh district, is currently working at Deputy Superintendent of Railway Police (DSRP) in Jharsuguda.

An FIR was registered at Rengali Police Station under NDPS Act and further investigation is on.

Earlier on the day, an ASI and two home guards were arrested for letting a vehicle carrying ganja go after allegedly taking bribe from the smugglers. The SI of the police station concerned was also suspended for dereliction of duty.