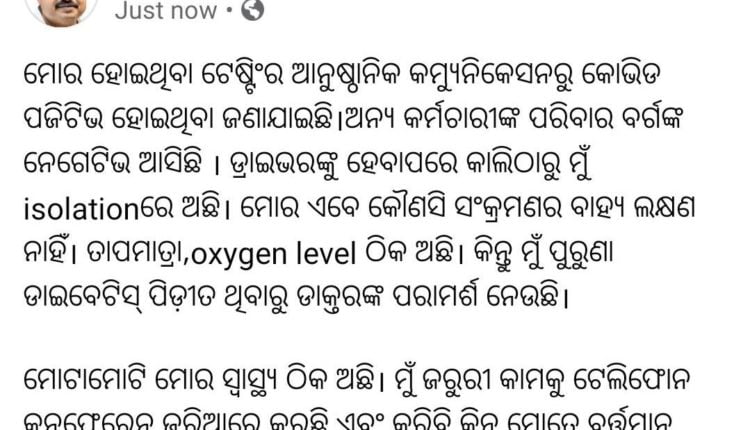 Taking to social media, the former minister on Sunday said he had isolated him after his driver tested positive for the virus the previous day.

The test results of other employees and their family members were found to be negative.

“My oxygen level is fine. Since diabetic, I am consulting doctors,” he added.

Can’t Go To Vaishno Devi? You Can Have ‘Prasad’ Delivered At Home