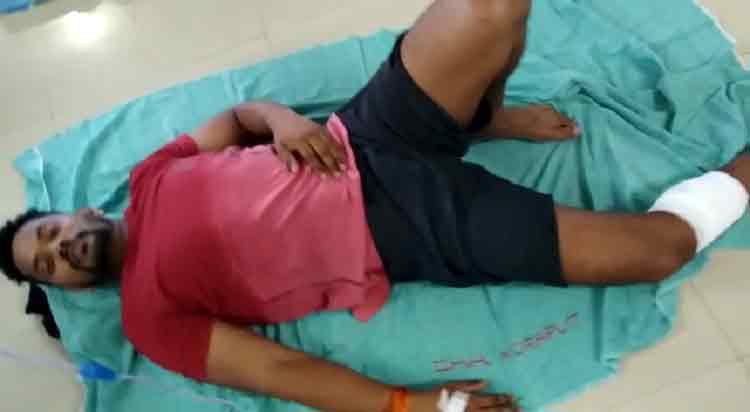 Jeypore: A notorious ganja trafficker, Kabul Khara, was injured in an encounter with police in Odisha’s Koraput district early on Wednesday. The shootout occured near Hatisala Chhak in Jeypore town.

Kabul was hit by a bullet on his right leg and taken to the district headquarters hospital.

Jeypore SDPO Sagarika Nath said following a tip-off, Town Police raided Hatisala Chhak around 4.30 am. Kabul tried to escape in a car by firing at the policemen, who retaliated likewise. Police later seized a pistol and the car from his possession.

“The Town Police were on the hunt for Kabul, who was involved in ganja trafficking in Odisha and neighbouring states. He has several cases pending in differing police stations in Koraput district. We are looking out for his other gang members,” the SDPO said.