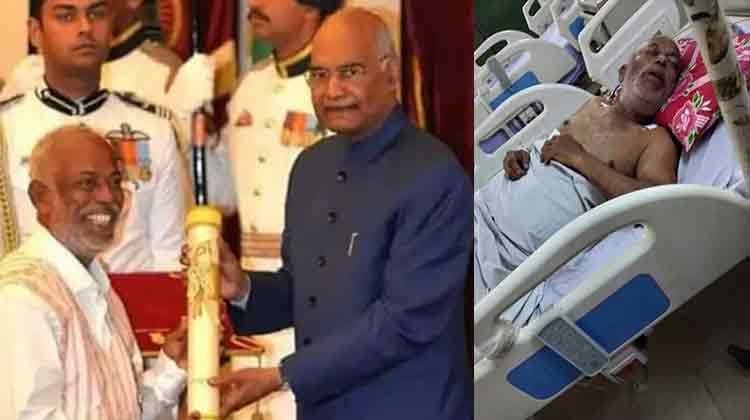 Rao was admitted to the hospital after he complained of acute chest pain.

Talking to mediapersons on Wednesday, Rao’s wife P Vijaylaxmi said his husband had gone to Angul to attend a function where he complained of acute chest pain and partial paralysis. He was rushed to a private hospital from where he was shifted to the SCB.

Rao, who owns a tea stall at Buxi Bazaar, is known for his magnanimity. He provides newspapers and magazines to his customers who come to his stall for their morning sip.

He has been running a school, Asha O Ashwasana in the city since 2000 to provide free education to the slum children.

In recognition of his exemplary service, Rao was conferred with Padma Shri by the President Ram Nath Kovind in March this year.