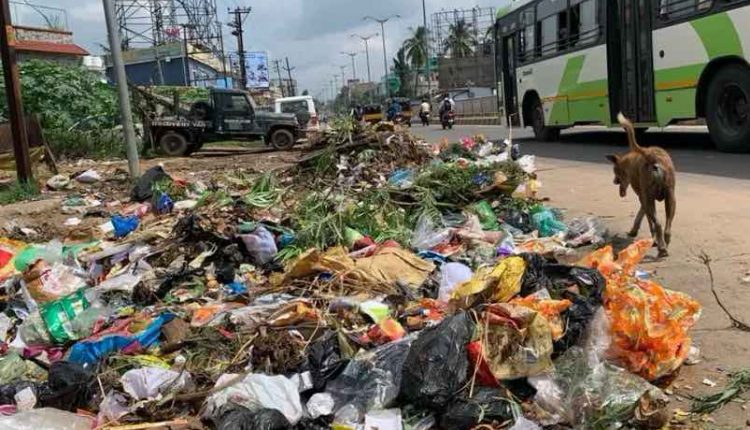 Bhubaneswar: With many areas of Odisha capital stinking with garbage amid deadlock over the dumping of waste into a designated yard, Bhubaneswar MP Aparajita Sarangi on Sunday extended help towards resolving the issue.

In a letter to Bhubaneswar Mayor Sulochana Das, Aparajita said it was important not to indulge in blame game and supplement each other’s effort.

“More than a fortnight has passed but the sanitation condition of Bhubaneswar is not improving. There are heaps of garbage existing everywhere in the city. There is tremendous discontentment among the residents of various localities. Kindly indicate as to how I will extend help to solve the problem,” the Parliamentarian wrote.

She hoped that the issue will be sorted by the Mayor and her team in the next 3-4 days. “In case the situation remains the same or worsens, please allow me to meet you in your office on September 2 at 5 pm. Let us work out a solution,” she added.

“At this juncture, we should not indulge in blame game and supplement each other’s effort,” she added.

Notably, residents of Daruthenga panchayat, a few kilometers away from the city, have not been allowing trucks of the Bhubaneswar Municipal Corporation (BMC) to dump waste at the Bhuasuni dumpyard for the past two weeks over various demands, including bio-mining of the waste.

With temporary transit stations brimming with garbage, streets in residential areas are stinking with litter scattered around the bins since dump trucks are unable to collect the waste. Intermittent rain and workers of some private agencies stopping waste collection over payment issues have compounded the problem.