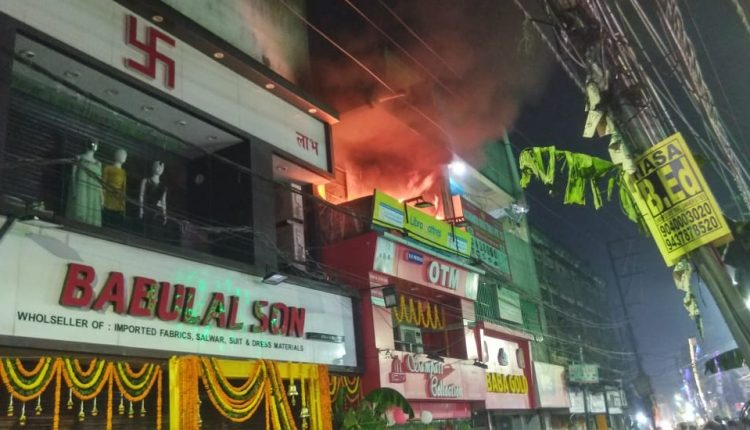 According to sources, the incident took place in the shop at Naya Sadak of the city. While the traders had gone home after closing their shops to celebrate Diwali, the locals found smoke coming out of garments outlet in a commercial building.

Though they immediately informed the Fire Brigade, the shop was engulfed by fire by the time the personnel reached there. Two teams of Fire personnel were engaged to extinguish the blaze.

Though the cause of fire has not been ascertained as it was not totally extinguished at the time of reporting, the locals suspected that explosion of a stray firecracker might have started it.