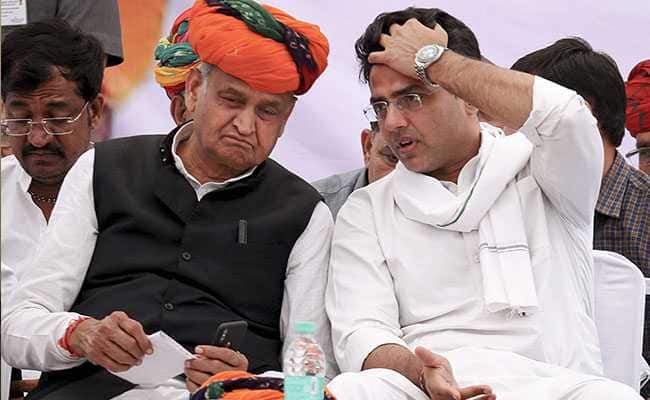 New Delhi: Rajasthan Chief Minister Ashok Gehlot has said that his deputy, Sachin Pilot, should take responsibility for his son’s defeat in the Lok Sabha election. The Congress could not win a single seat from the state.

NDTV quoted him as telling ABP News: “Sachin Pilot said we would win with a huge majority. He said we have six MLAs (legislators) and we have done very good campaigning there… Sachin Pilot should take responsibility for at least that (Jodhpur) seat.”

Vaibhav Gehlot lost by 2.7 lakh votes in Jodhpur to BJP’s Gajendra Singh Shekhawat, after an intense campaign by Gehlot. His rivals have accused Gehlot of neglecting all seats and addressing the maximum rallies for his son.

Asked about Sachin Pilot’s claim at a public rally that “while Gehlot-ji was silent”, he had pushed for Vaibhav Gehlot as the Congress candidate from Jodhpur, the Chief Minister remarked: “If Pilot said we would win a shandaar jeet (super victory) and he got my son his ticket to contest from Jodhpur, he should take responsibility for Jodhpur. Now we have lost 25 seats.”

Asked about Congress president Rahul Gandhi reportedly criticising veterans who pushed their sons against the party’s interests at a Congress Working Committee meeting, Gehlot said: “Such meetings have sanctity and what is said inside should remain within. It is not right to take what is said out of context and propagate it to the media.”

Is Sachin Pilot’s Return To Congress Party Fold His Triumph…