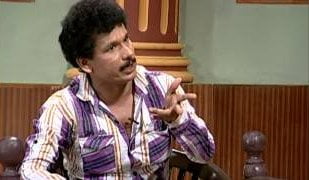 “Salil Da was a unique actor. His death has left an eternal void in the Odia film industry which cannot be filled. Both of us have worked in a number of Odia movies. I had roped in Salil Da in the movies that I had made. He was a lucky mascot of the Odia movies. All Ollywood actors had a strong belief that any movie having Salia Da will be a sure hit. Such was his facial expression that people used to burst into laughter even if he had no dialogues. The two actors I loved most were Salil Da and Mina Bhai (Minaketan Das, who had died of cancer on June 30, 2017),” Papu told mediapersons here.

Referring to the rumour of his death, Papu said “It was on this day last year when I was admitted to AIIMS-Bhubaneswar and it was circulated in the social media that I had died. I don’t know the providence that God has for me. I survived, but Salil Da left me. What I feel is that people cry a lot for those who make them laugh.”