General KPD Samanta – A Hero Of Both War & Peace 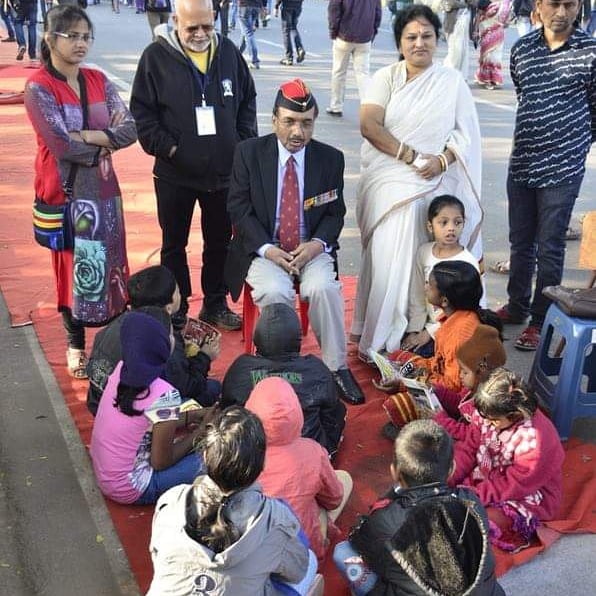 I remember meeting General KPD Samanta for the first time, a few years back at a meeting of Rotary Heritage, Bhubaneswar in which I talked about BAKUL and our libraries. To the question of a fellow Rotarian about whether libraries were relevant now, he got up and said,

“I do not think Mr Mahapatra would know me, but when Bakul had just started in 2007, someone told me about it, and I had visited the library on one of my home trips. I was then the Chief of the Army in Kashmir. The visit to the Bakul Children’s Library led to a series of reflections in me.

I also started a children’s library and interestingly, we were able to catch one of the terrorists because a child coming to the library identified a terrorist with references of a villainous character from a story he had read.”

As someone, who is often plagued by self-doubt because of the nature of the work we are doing and the difficulty in measuring its impact, After all, how can one measure inspiration! General KPD Samanta’s words meant a lot to me. That we had been able to inspire someone like him, who could impact lives on a huge scale, motivated me to continue in the path I had chosen.

As we interacted further, I found out that he was from the princely family of Dampara and was a distant cousin of my mother. He came home and from his conversation with my mother, I figured that a major reason for returning to Bhubaneswar was his mother, who was not keeping well.

We continued our association. On the occasion of Army Day (January 15, 2017) at Patha Utsav in Bhubaneswar, we invited him to tell his own stories to children. After all, General KPD Samanta, was a PVSM and had led the troops at Siachen and in the Kargil war. The humble guy that he was, he told instead the story of Bana Singh, Param Vir Chakra, who single handedly protected his position in Siachen by climbing up and killing 17 Pakistani soldiers.

But General Samanta’s personal story is no less inspirational. In fact, my friends from the Army tell me how he was an inspirational figure to them not only because he is among the very few Odias to reach the highest ranks in the Army but because he had always been a fighter. During his Siachen tenure, he had almost been buried in the snow, and that had made him hospitalized. But he fought back and went on to become a Lieutenant General.

His death has been a big personal loss as much as it is for my friends, my state and my nation.

(The author is founder of Bhubaneswar-based Bakul Foundation, which promotes volunteerism)

AICTE Offers E-Learning Resources Free Of Cost To All

Library For All Inaugurated In Odisha’s Keonjhar