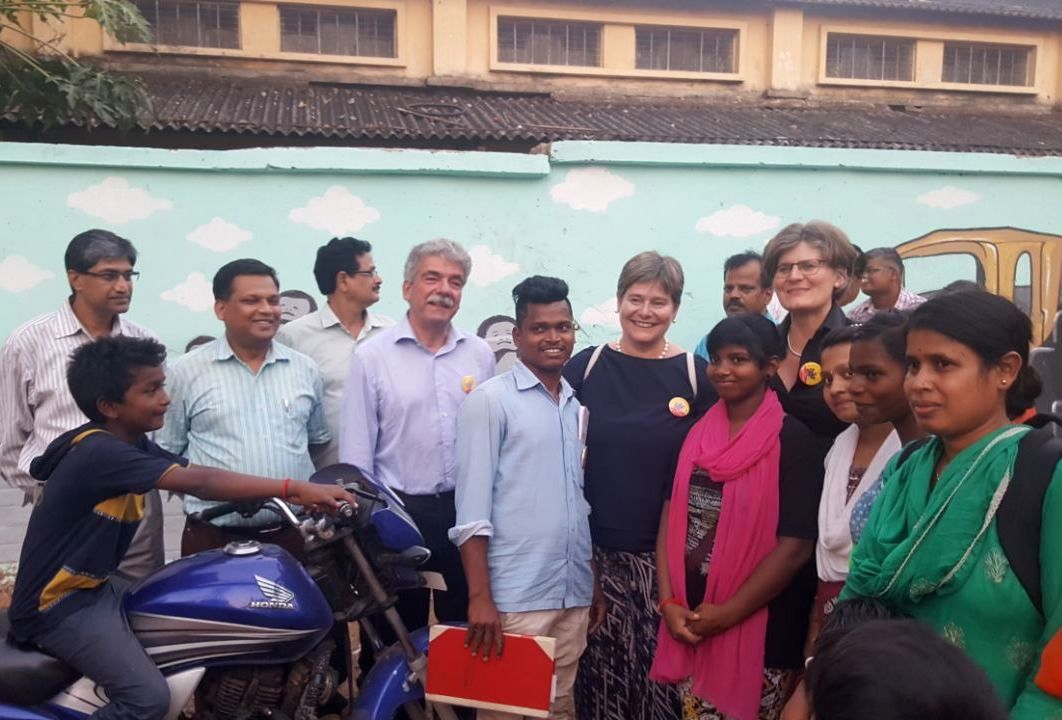 Bhubaneswar: A delegation of KFW, a German government-owned development bank, with headquarters in Frankfurt, visited Shanti Nagar Slum in Kharvel Nagar in the Odisha capital on Wednesday to know about various projects undertaken by the Bhubaneswar Smart City Limited (BSCL).

Presently, KFW is working with the Odisha government, Bhubaneswar Smart City and other state agencies.

The KFW team led by directors (South Asia) Carolin Gassner and Claudia Arce, among others, visited several projects within the Bhubaneswar Town Centre District (BTCD) area and met the peer leader (Pragati Sathi) girls inside Shanti Nagar and interacted with them.

They were briefed about the Socially Smart Bhubaneswar project, which is meant to make the slum residents, especially adolescent girls, women and youth ‘smart’ and employable and also ensuring security among the girls.

The team accompanied by the BSCL officials visited Smart Parks, which are already ready for the citizens in Saheed Nagar area within BTCD. They also went to Social Equity Centre at Kharvel Nagar.

Sources said the KFW team is in the city to discuss the mass transport related issues.

Gambhir Steps Down As Delhi Daredevils Skipper After Poor Show