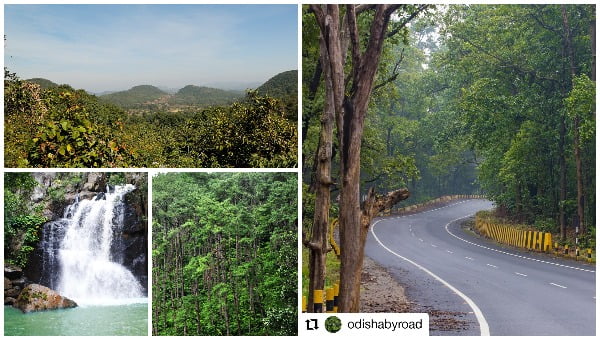 Bhubaneswar: There is nothing more thrilling than packing up and hitting the open road for a fascinating, spontaneous journey. So, get ready to vroom through the winding well-paved roads of South Odisha, sipping in the beauty of the landscape and taking back home loads of memories that would last a lifetime.

The wait won’t last long! The Odisha government is planning a motorcycle festival in Kandhamal district this winter to boost its tourism potential and revive the sector hit by COVID pandemic.

“There are excellent roads passing through forests and other beautiful locations which can offer an exciting motorcycling experience to nature lovers,” Asit Tripathy, principal advisor to the chief minister and chairman of the Western Odisha Development Council (WODC), told Odisha Bytes.

During his recent visit to Kandhamal, the former chief secretary of Odisha asked SP Vinit Agrawal to develop a motorcycle circuit linking it with Chandaka near Bhubaneswar in coordination with bikers’ clubs in the state and other parts of the country.

“Biking has become a religion among youngsters. Manali to Leh stretch is considered the holy grail of road trips. We want to promote Odisha as the next destination for adventure lovers as the terrains of Kandhamal, Rayagada and other South Odisha districts are also ideal for biking and camping. Homestay facilities will also be developed for the entourage,” he said.

It is part of the programme to turn Kandhamal, endowed with waterfalls, forests, and streams, into a major tourist spot and is an extension of the ‘Odisha by Road’ campaign started in September last year.

“We had hosted six bikers’ clubs, which explored the highlands of Phulbani before returning to Bhubaneswar,” he said.

Odisha has 12 Super Bike clubs, including nine in Bhubaneswar.

“We want the visitors to look beyond the golden triangle of Bhubaneswar, Puri and Konark and explore the untouched trail piercing through forests and sanctuaries,” he added.

The SP said that a blueprint will soon be prepared on the motorcycle circuit. “We are looking at the stretch from Phulbani to Daringdabi. It is still in the planning stage,” he added.

Tripathy further said that more eco-retreat camps will be planned in the district this year. The one at Daringbadi last year received an encouraging response from the tourists. “The camp was put up in a valley last year. We are looking at spots from where tourists can enjoy the natural beauty of the district and get a view of the hill ranges, which are part of the great Eastern Ghats,” he said.

He also advised the Collector to identify roads connecting to waterfalls at Kuturi, Putudi and Katramal and develop these with the convergence of funds from MGNREGS and other schemes for attracting more tourists to these spots.

COVID Vaccination For Children To Start In August!