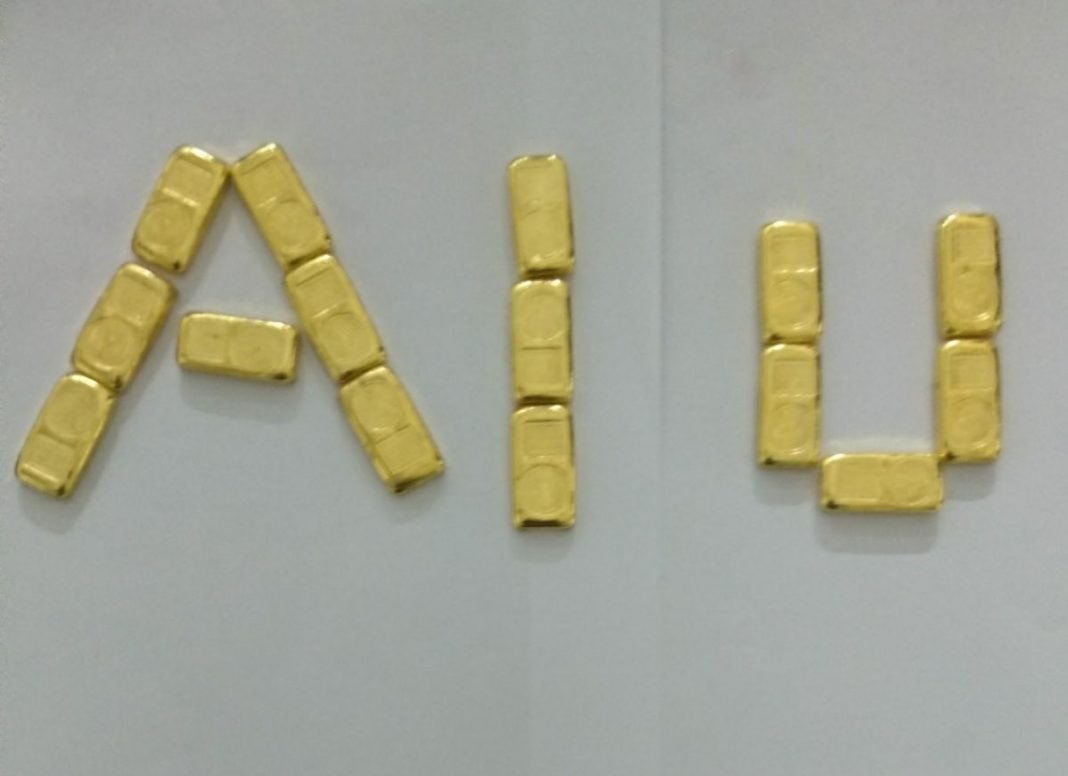 Acting on a tip-off, the Customs officials intercepted two passengers of Indian origin hailing from Punjab, who arrived from Bangkok via Kuala Lumpur by Air Asia Flight No AK-31 in the intervening night of March 28 and 29.

During search of their body and personal baggage, the officials found 15 gold bars strapped with black adhesives from their rectum. The seized gold bars weighing 1143.78 grams are valued at Rs 34,90,816.

The Customs officials on Wednesday night had three gold bars and 143 gold rings weighing 378.370 grams and valued at Rs 12,01,323 from two passengers of Indian origin hailing from Thane district of Maharashtra.

The seized ornaments were found to be of foreign origin which were attempted to be smuggled into India.