OdishaJagatsinghpur
By OB Bureau On Nov 29, 2021 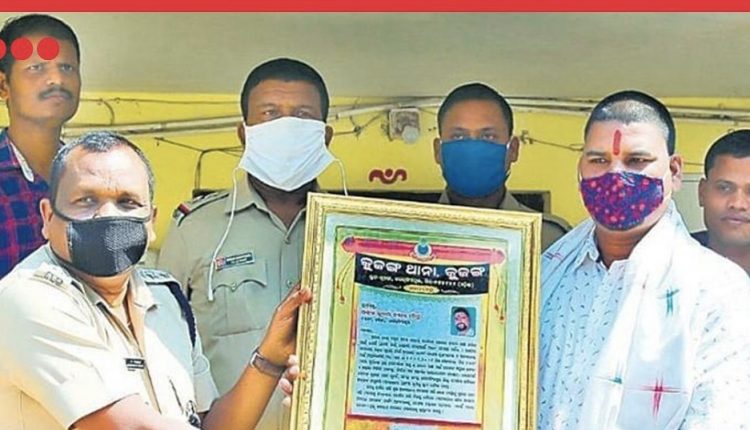 Paradip: In a society where people hesitate to help accident victims, Pankaj Kumar Tarai stands out. In the last 16 years, Kumar, a 38-year-old truck driver, has rescued 400 accident victims in Jagatsinghpur district. Of them, 300 survived.

“Life is God’s gift. There is no greater work than saving lives,” he says.

It all began in 2005. Kumar was on his way to Paradip when he saw a crowd near Bhutamundai on the Cuttack-Paradip road. A truck had crushed a motorcycle. Its two riders lay on the road, bleeding. No one in the crowd shifted them to hospital. Both lost their lives.

“They could have been saved with timely help,” Kumar, who is from Hasina village in Kujang block, says.

The incident scarred him and, from then onwards, saving accident victims became his mission.

Over the years, others have joined him — local volunteers, youth organisations, sarpanchs, panchayat members, fire and police personnel.

Encouraged, he founded Devadutt Sangathan in 2015. It has 25 members. They either help victims or coordinate with the local authorities. Kumar said they also have a WhatsApp group to coordinate efforts.

He spends nearly 25 per cent of his monthly income towards helping accident victims.

A mechanical engineer, Nihar Ranjan Mohanty of Tandikula village in Balikuda block, said he is indebted to Kumar for saving his life. Ranjan was hit by a car while on his way to Paradip on a motorcycle on the Cuttack-Paradip road on Diwali last year.

“Even today, people hesitate to help accident victims. The state government’s Good Samaritan policy is a good step to encourage more and more people to come forward, assist accident victims and save their lives. But awareness needs to be created among people,” he said.