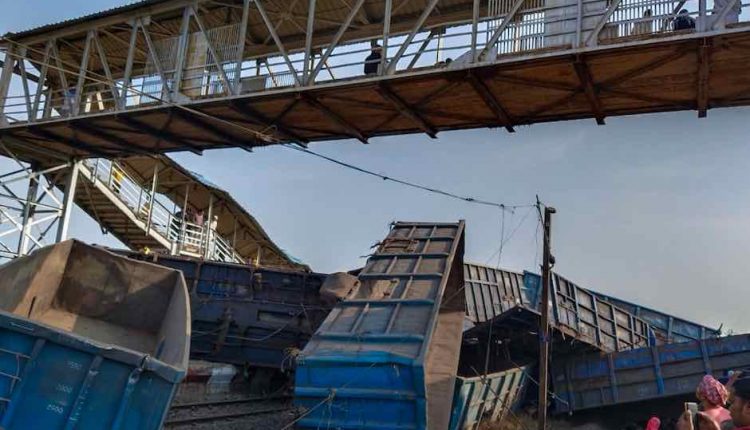 According to sources, eight wagons of the goods train, which was en route to Chhatrapur from Dongoaposi, overturned after crashing into the waiting hall and a foot overbridge.

“A goods train derailed at 6.44 am at Korei station in Bhadrak-Kapilas Road Railway Section under Khurda Road Railway Division of East Coast Railway. Two deaths have been confirmed. More people are likely to have been injured. Both lines are blocked. Train services may be affected partially in this route. Some trains may be controlled en route,” informed East Coast Railway (ECoR).

The railway station building has also been damaged while several people are suspected to have been trapped under the bogies and rubbles on the platform, said sources.

“On getting the information, the local firefighters along with senior police and railway officials and the ODRAF team arrived at the spot and initiated a rescue operation. The critically injured persons are being sent to the Community Health Centre (CHC) for immediate medical assistance. The actual cause behind the mishap and the number of casualties will be ascertained after a proper investigation,” Additional District Magistrate (ADM) Akshay Kumar Mallik told the media.

Meanwhile, locals have alleged that the goods train was travelling at a high speed, leading to the derailment.

Chief Minister Naveen Patnaik expressed grief over the goods train mishap through a Twitter post. “Condolences to the families of those who lost their lives and wishes for the speedy recovery of all the injured,” he tweeted.