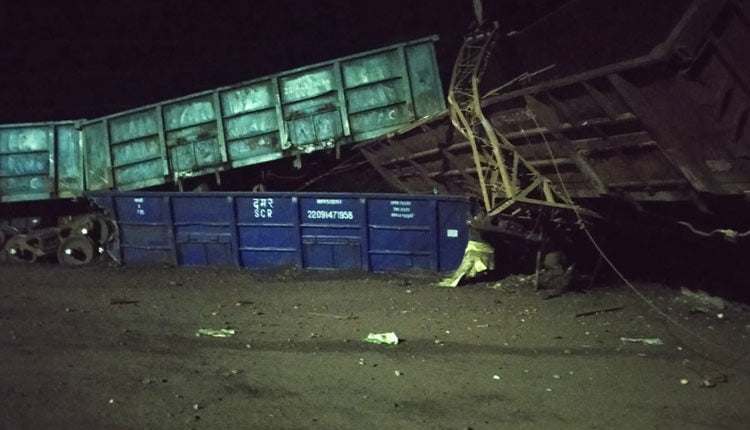 Rourkela: Two persons were injured as several wagons of a good train derailed after running in reverse direction for 24 km in Sundargarh district on Tuesday.

According to sources, the train carrying iron ore was coming from Barasuan in the district to Rourkela. As the train picked up speed, suddenly it started running in reverse direction.

After running for 24 km in opposite direction, when the train reached Bimlagarh railway yard, the driver applied brake and several wagons derailed. The loco pilot and guard were injured in the incident.

Following the mishap, train movement on Rourkela-Bimlagarh section has been affected. Railway authorities have launched an operation to clear tracks and restore normalcy.