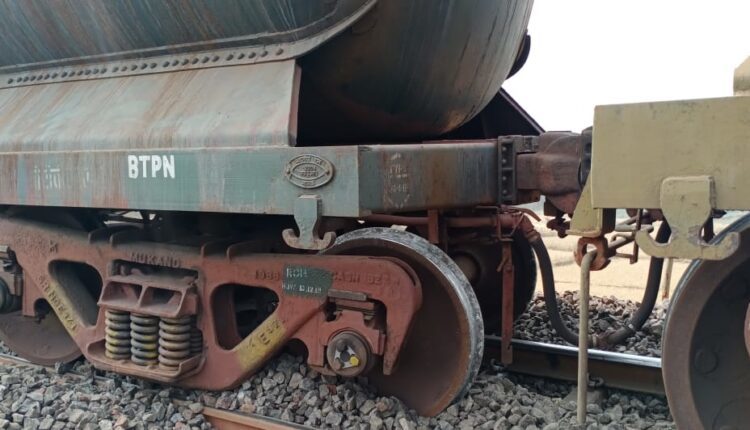 Two wagons of the goods train went off the track at Lajkura when it was moving from a loop line to a main up line, they said

Following the derailment, movement of several trains on Kolkata-Mumbai line via Jharsuguda was affected causing inconvenience to passengers.

According to reports, passengers travelling on the Howrah-Ahmedabad Express said they have been stranded for a long time and facing difficulties as there was no clear information on the resumption of the train services.

Railway officials rushed to the site and efforts are on to restore movement of trains on the route.