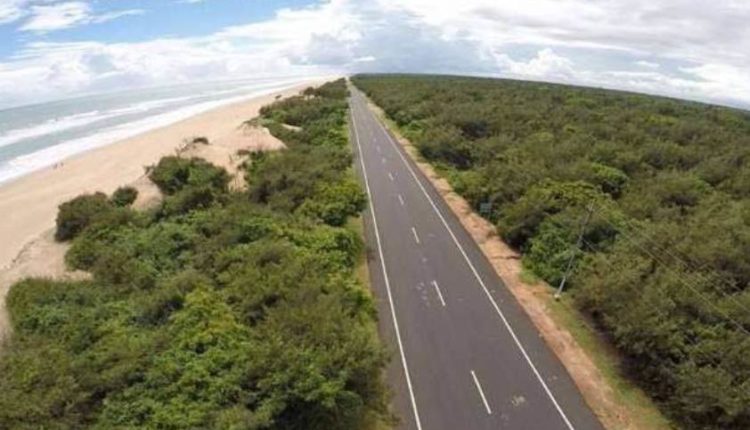 Bhubaneswar: The upcoming 451-km-long highway between Gopalpur (Odisha) and Digha (West Bengal) will be a game changer for coastal Odisha, Petroleum and Natural Gas Minister Dharmendra Pradhan tweeted on Monday.

The mister also said that the new project will maintain the ecological sanctity of the coastal region as well as make it a prime tourist area of the country.

“Digha-Gopalpur coastal highway will also act as an economic corridor for the transport of agricultural and pisciculture produce to Paradip and Dhamra ports and also play an important role in the movement of supplies during natural disasters such as cyclones and floods,” Pradhan tweeted.

#ModiGovt‘s ambitious 451-km long Digha–Gopalpur coastal highway will be a game-changer in transforming the fortunes of coastal Odisha.

Maintaining ecological and environmental sanctity of the region, the coastal area will also emerge as one of India’s prime tourist attractions. pic.twitter.com/Zpf2N8H0me

The Satpada-Digha stretch via Puri-Konark-Astarang-Ratanpur-Dhamara-Basudevpur-Chandipur will be included in the project.

“Expansion of National Cadet Corps (NCC) in the coastal areas will open new avenues for the youth of the region and further strengthen disaster management capabilities,” Pradhan added.

“Blessed with a long coastline and having India’s biggest container handling port and a petrochemical complex in Paradip, Odisha is strategically poised for synergised infrastructure push,” said the Minister.