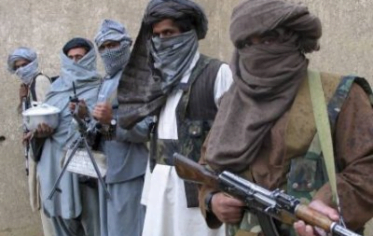 New Delhi: The Centre on Tuesday declared 18 Pakistan-based individuals as designated terrorists under the provisions of the Unlawful Activities Prevention Act (UAPA).

Some of those designated as terrorists were involved in terror attacks in India including the Bombay serial blasts in 1993, 26/11 Mumbai terror attack, multiple strikes on Indian security forces in the past few years, including in Pathankot and Pulwama, as well as on Parliament on December 13, 2001.

According to a release by the Union Home Ministry, the move was taken to reinforce the commitment of strengthening national security and its policy of zero tolerance to terrorism.

“These individuals are involved in various acts of terrorism from across the border and have been relentless in their nefarious efforts of destabilizing the country,” the release said.

The Home Ministry identified them as:

1– Sajid Mir: Pakistan-based top Lashkar-e-Taiba (LeT) commander and one of the main planners of the 26/11 Mumbai terror attack.

5– Farhatullah Ghori: Pakistan-based terrorist involved in the attack on Akshardham Temple in Gujarat in 2002 and suicide attack on the Task Force office in Hyderabad in 2005.

6– Abdul Rauf Asghar: Pakistan-based terrorist involved in setting up of training camps in Pakistan for recruitment and militant training and key conspirator in the terrorist attack on the Indian Parliament House on December 13, 2001

7– Ibrahim Athar: Pakistan-based terrorist involved in the hijacking of the Indian Airlines Flight No. lC-814 on December 24, 1999 (Kandahar hijacking case) and also the key conspirator in the Parliament attack.

9– Shahid Latif: Pakistan-based terrorist and Jaish-e-Mohammad’s (JeM) commander of Sialkot sector who is involved in launching of JeM terrorists into India. He is also involved in planning, facilitation and execution of terror attacks in India

10– Syed Mohammad Yusuf Shah: Pakistan-based supreme commander of Hizb-ul-Mujahideen (HM) and chairman of United Jihad Council (UJC). He is involved in fund raising and routing finances to India for furtherance of terrorist activities by HM cadres.

12– Zaffar Hussain Bhat: Pakistan-based deputy chief of HM and also handles financial affairs of the terror outfit. He is responsible for sending funds for HM operatives in Kashmir Valley.

15– Chhota Shakeel: Pakistan-based associate of Dawood Ibrahim. He looks after all criminal and underworld operations of D-Company. He finances D-Company operatives of India. He was also involved in smuggling of firearms to Gujarat during 1993.

18– Javed Chikna: Pakistan-based associate of Dawood Ibrahim Kaskar. He was involved in the Bombay Bomb Blast case in 1993.

ASI To Repair Baishi Pahacha Of Jagannath Temple In Puri

[Watch] Placards Of PM Modi Seen At Pro-Freedom Rally In…

11 Grenades Suspected To Be Dropped By Pakistan Drone…