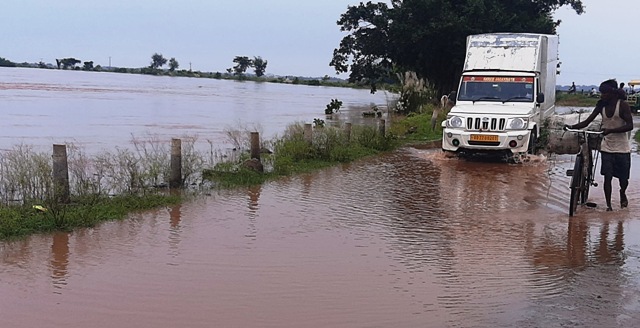 Bhubaneswar: The Odisha government has directed the district officials and departments concerned to submit the estimate of properties lost in flood and rain in the state by August 27.

Minister of Agriculture and Farmers’ Empowerment Ranendra Pratap Swain took stock of the flood situation in a meeting with secretaries of different departments, directors and district-level officials of the department through video-conferencing in Bhubaneswar on Saturday.

The minister directed the officials to start making a survey of the loss of properties sustained by the people immediately after the rains stop. The loss of agriculture produce, fisheries and dairy and poultry farms would be estimated during the survey. The officials were directed to submit the estimate report by August 27.

It was revealed at the meeting that the facilities to ensure services for protection of cattle, fish and poultry farms have been activated at district and directorate level since August 16. A 24×7 control room has been opened under the department in Bhubaneswar and another in Krushi Bhavan to help the affected people. Senior officers of the department have been deputed to attend to the problems of the people, the minister said.
It may be noted that vast areas of agriculture land in 12 districts of the state have been waterlogged damaging the crops due to flood in different rivers caused by back-to-back low pressure and deep depression.
Share FacebookTwitterGoogle+ReddItWhatsAppPinterestEmail

8 Members Of A Family Among 30 Killed As Flash Floods, Landslides Ravage Himachal