Govt To Invest Rs 1,500 Crore In Development Of OUTR In Bhubaneswar 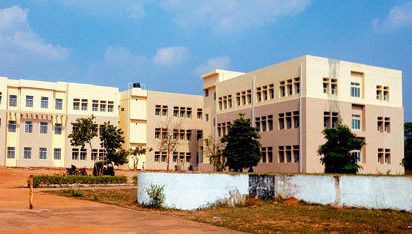 The chief minister extended his approval during a review meeting on infrastructure, management and teaching of OUTR. A budget of Rs 1,500 was sanctioned for development of the university in three years. While Rs 1,000 crore will be invested in its infrastructure development, the rest amount would be spent for updating the allied facilities.

The chief minister said OUTR, earlier known as College of Engineering and Technology (CET), will be developed in the line of IIT. Stressing on high quality education with new age technology, he called for opening new courses and research facilities so that the university can emerge as a centre of excellence.

It will encourage entrepreneurship among the students to promote startup culture. An incubation centre will also come up in the university through tie-up with other educational institutions and research centres in the country and outside, Naveen said.

The student strength of OUTR will be increased from the present 4,600 to 10,000 in next five years, he added.

Starting as CET in 1981, the OUTR shifted to own campus over 100 acre at Ghatikia in Bhubaneswar in 2001. The university is the only educational institution in the state which has bagged NAAV A certificate.

Secretary (5T) to chief minister VK Pandian had earlier visited the university campus and interacted with its faculty and students regarding development.

Chief secretary SC Mohapatra and senior officials of different departments were present at the programme which was coordinated by Pandian.

Rain Warning For 16 Odisha Districts In Next Three Hours

Cyclone Asani May Brush Past Andhra Coast, Heavy Rain In Odisha From Tonight