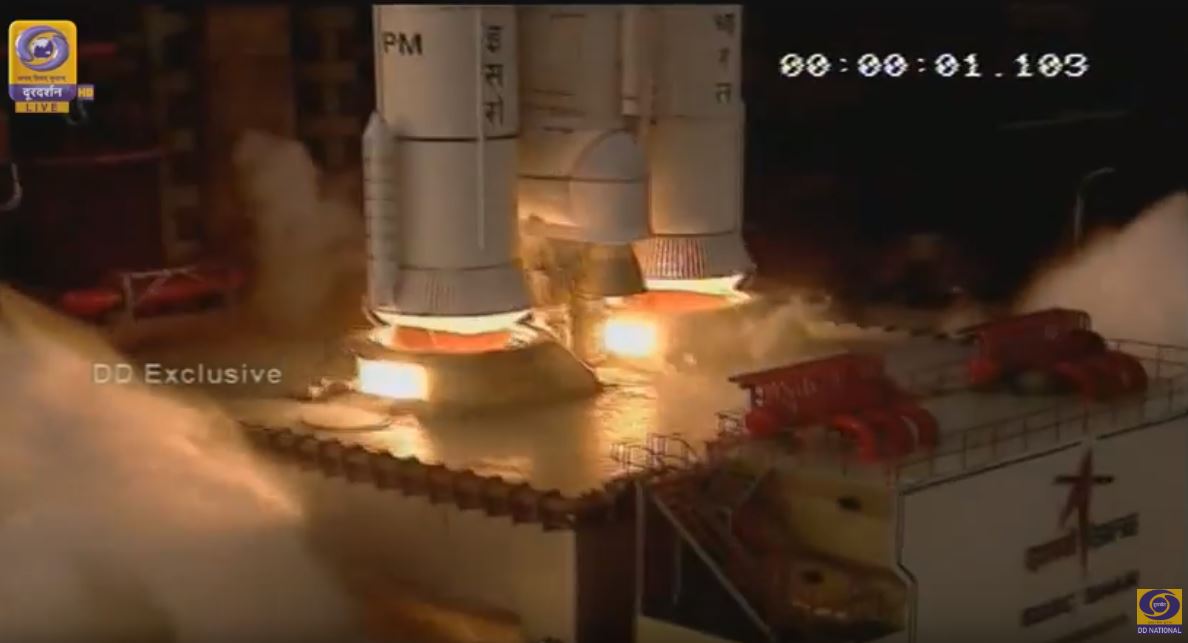 It was put in its orbit by India’s heavy-lift rocket Geosynchronous Satellite Launch Vehicle (GSLV- Mk III), which is the designated rocket for India’s first human space lift proposed for 2022.

The launch today carried the GSAT -29, weighing 3,423 kg and placed it into Geo Transfer Orbit (GatO) just over 16 minutes into its flight. It was a key test to the GSLV Mk III, that took flight today at 5.08 pm from Satish Dhawan Space Centre at Sriharikota in Andhra Pradesh, as scheduled.

“It will provide communication services to the Northeast region and Jammu and Kashmir to facilitate execution of Digital India initiatives,” ISRO stated.
Prime Minister Narendra Modi took to twitter and congratulated ISRO.

My heartiest congratulations to our scientists on the successful launch of GSLV MK III-D2 carrying GSAT-29 satellite. The double success sets a new record of putting the heaviest satellite in orbit by an Indian launch vehicle. @isro

The GSLV Mk III is designed to launch satellites in the 4,000 kg category into space and is also designated for ISRO’s second moon mission Chandrayaan 2, next year. Currently, India depends on European