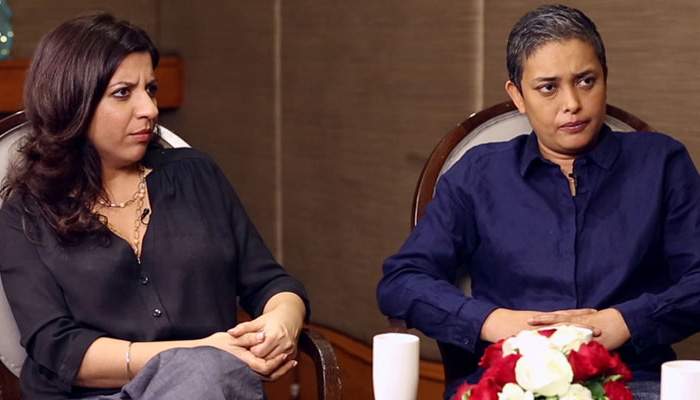 Mumbai: The Mumbai Film Festival has launched an online knowledge series, Dial M for Films which features celebrated figures from the film industry.

Recently, the festival’s Artistic Director Smriti Kiran held a live conversation with the ‘Gully Boy’ makers Reema Kagti and Zoya Akhtar, who discussed their writing process and the future of their production house Tiger Baby Films.

During the conversation, Zoya Akhtar expressed that she along with Kagti wants to make movies with ‘female gaze’, movies which revolve around our values and politics.

Explaining about the ‘female gaze’, Zoya said, “That needn’t only be films about women. We are talking about the gaze on anything. We are interested in alternate stories, queer stories. We are interested in big, commercial stories. We want to take what we want the world to be, mix it in the commercial milieu and put it out there. As filmmakers, we are a hybrid of indie and mainstream. I think that’s the kind of stuff we want to tell. We are intrinsically inclined towards Indian stories, which we eventually, hopefully, want to tell to the global audience.”

Citing the example of ‘Gully Boy’, Reema Kagti stated that there is a difference between ‘what a film says’ and ‘what a film is all about.’

Musical drama ‘Gully Boy’ revolved around a boy who broke the glass ceiling, but the central theme of the film was to address the class divide, explained Kagti.

Talking about how they work on their projects, Kagti said that they discuss their ideas with each other before finalizing their project.

“We actually do talk a lot. We both have studied literature. We both read a lot. It’s really an amalgamation. We also research a lot. So, if I’m going to be writing something about a rapper, or if we are writing something that involves a hooker from the street, we will do extensive interviews. We will meet people and talk to them. We’ll pick out little nuances, little details, and little things about their lives and put that in with what we want to do with the character and where we want to take the character, which benefits our story. We use references from books that we read. Everything is a khichdi (mess). We are also scavengers. So, we steal characteristics from people that we meet all the time,” said Akhtar.

Reema Kagti and Zoya Akhtar have teamed up for films like ‘Gully Boy’, ‘Dil Dhadakne Do’ and ‘Zindagi Na Milegi Dobara.’