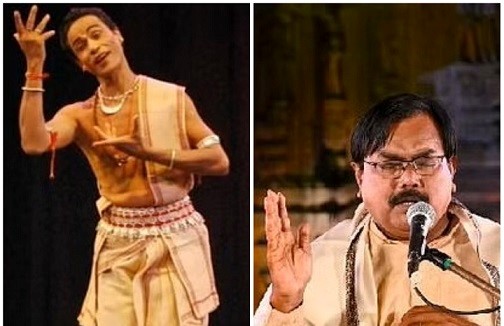 Bhubaneswar: Guru Niranjan Rout and Guru Ramahari Das will be conferred with the Guru Kelucharan Mohapatra Award 2022 for their contribution to Odissi dance and music, respectively.

The award, instituted by the city-based Srjan, carries a cash prize of Rs 1 lakh besides a citation, a memento and a shawl. Srjan is the Odissi dance school founded by Guru Kelucharan Mohapatra.

Guru Niranjan and Guru Ramahari will be conferred with the award during the 28th edition of the Guru Kelucharan Mohapatra Award Festival from September 5 to 9 at Rabindra Mandap here. For the last two years, the festival was organised in online mode because of the pandemic.

Srjan founder Ratikanta Mohapatra told mediapersons on Tuesday that this year’s festival will be dedicated to Kathak maestro the late Pandit Birju Maharaj.

The Guru Kelucharan Mohapatra Yuva Prativa Samman will be presented to Geetanjali Acharya for Odissi dance and Matruprasad Das for Odissi music.

Section 144 In Odisha Village After Clash Over Ganesh Puja Pandal